Although our group exists for four years already, ANTIFA Niš is still an informal, grassroot and self-organized group, which is the politics we do not plan to abandon no matter how this fact can actually slow us down. It is only under these conditions do we consider our struggle sincere and true. One will certainly agree that especially nowadays “antifascism” and “antifascist” are labels used by all kinds of individuals, groups and organizations, which for us is a big problem, as we believe antifascism should in no way be separated from the class struggle. Every important issue for our group is planned, developed or discussed on the meetings which we try to hold regularly once a week.

I think the best way to illustrate our struggle are our actions; that is why we have enlisted several respective fields of our work, but also our most important and favourite (legal) actions from these fields...

The action of installing a banner on the Fortress of Niš on November 9th 2009, the aim of which was celebrating this date is actually the real beginning of our story. On the same day, we did a lot of graffiti throughout the city, and since the action was recorded, we made a video that we uploaded on Youtube and thus started our Internet engagement too: http://www.youtube.com/watch?v=oL-0BFaVyqQ

The same action was repeated the following year, when the city overpasses were decorated with three banners sending the appropriate message

Postering the city and installing a huge banner in memory of the 70th anniversary of the Popular Uprising in Serbia (July 7th, 1941). Similar actions were realized in several Serbian cities and towns, which we believe is a really important way of both strengthening the actions and connecting crews of same/similar affinities.

Cleaning and maintaining Bubanj Memorial park, removing the Nazi graffiti from the monument devoted to the Nazi victims shot during the WWII (12 thousand people). After this action, the Nazis from Niš again ruined the monument, this time destroying its marble details which we could not afford fixing; that is why we launched a restoration campaign, including the video showing us busy with cleaning up the mess and an invitation for all those who consider themselves antifascists to expose the local Department for Monument Preservation to public pressure: http://www.youtube.com/watch?v=0oOK9rDOAZM

Within a month, the monument was cleaned and restored.

As for the struggle against revisionism, by which we particularly mean the rehabilitation of a war criminal and a cutthroat Draža Mihailović, we shall mention a postering action on the eve of one of the trial sessions. The posters saying “Nationalism kills, antifascism can only be international!” were placed all over the city. Not wishing to waste our time any further and elaborate on why chetniks can never be antifascist, we emphasize the fact that nationalism and antifascism could never go hand
in hand. This should be enough.

Last summer, we performed the action of painting five-pointed stars onto the partisan monuments in the city.

Here, I would like to enlist another action that is not actually related to NLW, but is related to monuments. Namely, our city is a birthplace of a truly fantastic singer, who quite deservedly bears the title of Roma music king. His name is Šaban Bajramović. For all his merits, a few years ago, a few enthusiastic friends of his decided to gather the funds to finance and erect a monument on Nišava quay which, since then, was the target of Nazi frivolities many times. We removed and crossed the swastikas

On several occasions we installed protest banners and did graffiti work for arrested anarchists and antifascist world-wide (support banner for the Russian antifascists caught during the Khimki forest struggle, the imprisoned antifascists Alexey Sutuga and Alexey Olesinov, who had been trialed and imprisoned for a few years under a false charge for extremism and hooliganism:

an action on the occasion of arresting Pussy Riot members including a banner unfolded in the biggest church in Niš:

stickers concerning the case of Jock Palfreeman, who had ended up in the Bulgarian prison for saving some Roma youngsters in a Nazi attack, about Jock`s case: www.freejock.com

solidarity banner installed for Irina Lipska, a Russian anarchist imprisoned and accused of an armed attack on a Nazi gig:

We also try to regularly spread the news on these and similar cases via our blog, which was launched in 2012, as we consider this struggle our common thing, with solidarity as a very important feature for the cause! The blog address is blogtipomogo.blogspot.com.

Another solidarity actions worth mentioning is installing the support banners for imigrants:

and for FIAT workers who performed sabotage actions and damaged a dozen of cars on the factory lines in Kragujevac because of the unpaid wages. The message on the banner said: “Sabotage is a struggle method, not a crime! ANTIFA support for FIAT workers.”

One of the gladly welcomed and well-covered actions both by the media and the public happened just before Pride 2011. However, the chief goal at that time was not supporting the Pride Parade (secured by the police and organized by the state and NGO criminals), but linking LGBT people struggle with the one against capitalism, NATO, political parties, WMF, EU, state, laws, tycoons, cops etc. Over 50 graffiti and numerous stickers beautified the downtown. Some of them still proudly remain in their places.

4. ACTION IN MEMORY OF THE KILLED ACTOR DRAGAN MAKSIMOVIĆ

For all those who do not know, Dragan Maksimović had been killed by a group of fascist at a bus stop in Belgrade in 2001. The actions in memory of this great actor have been performed for the last three years. The first time, we simply installed a banner and did stencil portraits featuring the late actor’s profile, then the following year we had posters saying “Fascist hate has killed a great actor”.

In February 2014, we performed a simultaneous action involving crews from different places: Novi Sad, Sombor, Belgrade, Kikinda, Babušnica. Once again we emphasize the importance of a greater and stronger mutual cooperation between the crews in order to achieve something really worth the effort. 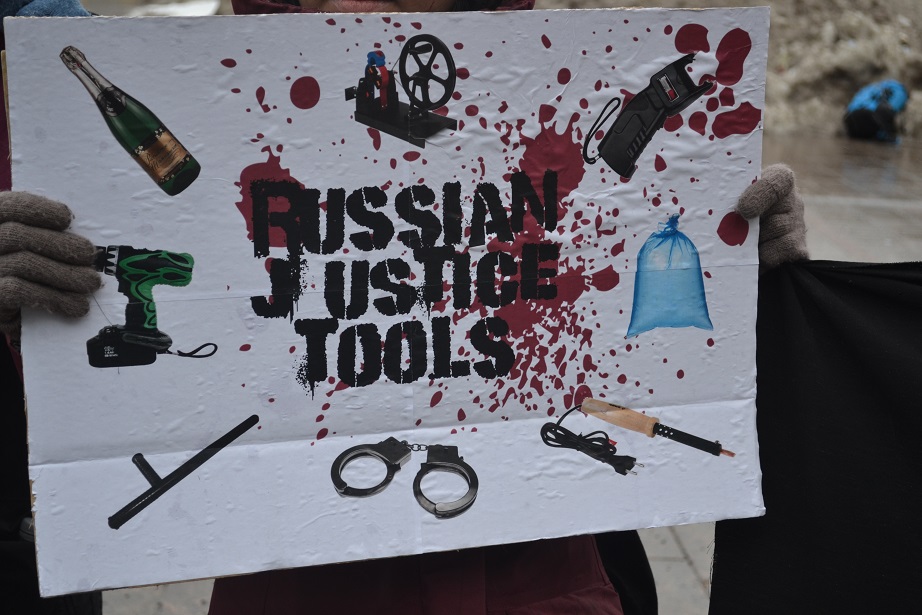 5. AGAINST THE CHURCH AND THE STATE

If the media and politics clowns were said to be actively engaged in campaigns for 2012 and this year’s early parliamentarian elections in order to stay in their functions or get some new ones, then we are proud to say we also took an active part – sabotaging them. Graffiti, spoiling and destroying their posters and billboards, hitting them with paint are just some of the actions worth mentioning here.

Yet another action which we would like to enlist here is the one of installing a banner “We all pay the tax, why does not the Church do so?” on the occasion of the Orthodox Church celebration of the Epiphany (in January), while the worshipers of Niš were diving into the frozen river and swimming for the so-called holy cross. There were around 3 thousand people present at the event. At the moment when Patriarch Irinej signaled the beginning of the race, we unfolded the banner. Still, what stroke us most was the fact that many of the people present liked the message, which was confirmed by our people who were standing in the audience. The action itself was covered by quite a few media, including the national broadcasting corporation.

The first one: We are still not that numerous to physically confront the Nazis, therefore our crew works in secret and as such we are unable to reach a larger scale of people.

The second: Until recently, we have financed our actions exclusively on our own, and therefore were not in the position to rent a place, which we believe would bring us some new people and give some further impetus for the people already active. In the last six months, several crews have organized benefit events for our group and we can say that financially we are a bit more at easy now. Still, our funds are still meager and insufficient to cover the expense of realizing our actions and renting a venue. It should also be stated that we intend to cancel the renting practice the moment there are enough people ready to occupy and defend an abandoned place in the city.

Love and rage!
Health and anarchy!