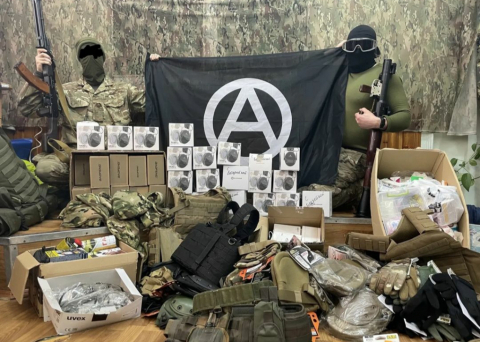 A group of Ukrainian anarchists living in Kyiv declared that they have joined popular resistance against Russian invasion and organized their own group- leading to many debates among anarchist circles. As long as we do not exactly know their own circumstances, one might think that they are purely pro-NATO people, confused nationalist-anarchists or even neo-Nazi supporters. Actually, they are not! According to their declarations before and during the war, they do exactly know what NATO, capitalism, nationalism and imperialism is; and they are against all of them. For me, they are just a group of comrades who found themselves in the middle of a war and trying to find out a way to defend their own lives and their own ideas.

Personally, (perhaps as many anarchists) I think the “Russian state” (apart from Donbass or whatever) does not have any “right” to invade Ukraine as a whole under the excuse of defending itself against NATO.  In this sense, the resistance of local (civil) people in Ukraine (not the Ukrainian army though) might be seen as a “right”. However, the war has two opponents; both are pro-capitalist, although one might seem to be more oppressive and imperialist. In addition to this, it is the state and capitalist mechanism provoking civil people against each other and imposing nationalist ideas- in some cases leading to massacres or genocide; as it did in the late Ottoman period against Armenians and in Nazi Germany against Jews and Romani people. Therefore, although at first look it may seem “innocent”, the “civil resistance” may lead to lynches, massacres against other nations and opponents or end up with establishing a new “nationalist” state.

Supporting Ukrainian “side” is not the same as anarchists did in the past during the 1936 revolution in Catalonia (so-called the civil war in Spain) in which both capitalist, religious and statist institutions were questioned nor it has something to do with the things going on in Rojava (North Syria) which is highly influenced by the ideas of Bookchin. Ukraine may be more “democratic” and an open society in the liberal sense (than Russia), but it is still a capitalist state.

On the other hand, the anti-Russian atmosphere, led by the Western media is somehow transforming itself into a kind of racism, a hostility against Russian people and culture as a whole – not just Putin, Russian state or imperialism at all. I believe, this is something, which -as anarchists- we should stand against as long as emphasizing that NATO is as bad as (maybe in some cases even worse than) Russian imperialism.

Anarchism and “war” are two different concepts, which do fully disagree. Many of us still use the term “class war” in some cases but what we mean is not the same as the supporters of states do. We do not defend the idea of a group of “permanent armed people” organized to defend a country (an organized army) or even (as most of anarchists) we do not support any “army” at all. In general, we are fond of libertarian guerilla struggle; which either aims for a social revolution or self-defense (or both). In some cases, although we found ourselves in cooperation with different (capitalist, statist or even imperialist) forces, as Durruti said “No government in the world fights Fascism to the death.” and we should know that such a cooperation is temporary and something which we are not so fond of.

For many of us, it is easy to say “No to War and No to both NATO and Russian imperialism”. In Turkish, we say “Davulun sesi uzaktan hos gelir” (“The drum sounds nice from a distance”-“The grass looks greener on the other side”). On the other hand, I have read many things about the repression on Belarusian anarchists who were forced to flee (to Ukraine and Poland mostly); also, I can just imagine how hard it is to live and survive in a country which is invaded by an imperialist state as Ukrainian comrades do. So, I can only guess how they do suffer from the oppressors in Belarus and Russia; in this sense I try to understand their rage against Russian imperialism.

In the final analysis, although (as anarchists) our actions and expressions may differ depending on time and space, we are all against state, capitalism and imperialism. In these circumstances, while as an exception we might cooperate with non-anarchist forces, we should not forget the fact that whom we fight on the same side might be our enemy in the near future. Our main aim should be developing international solidarity among our comrades and working class; and carry on anti-war struggle. 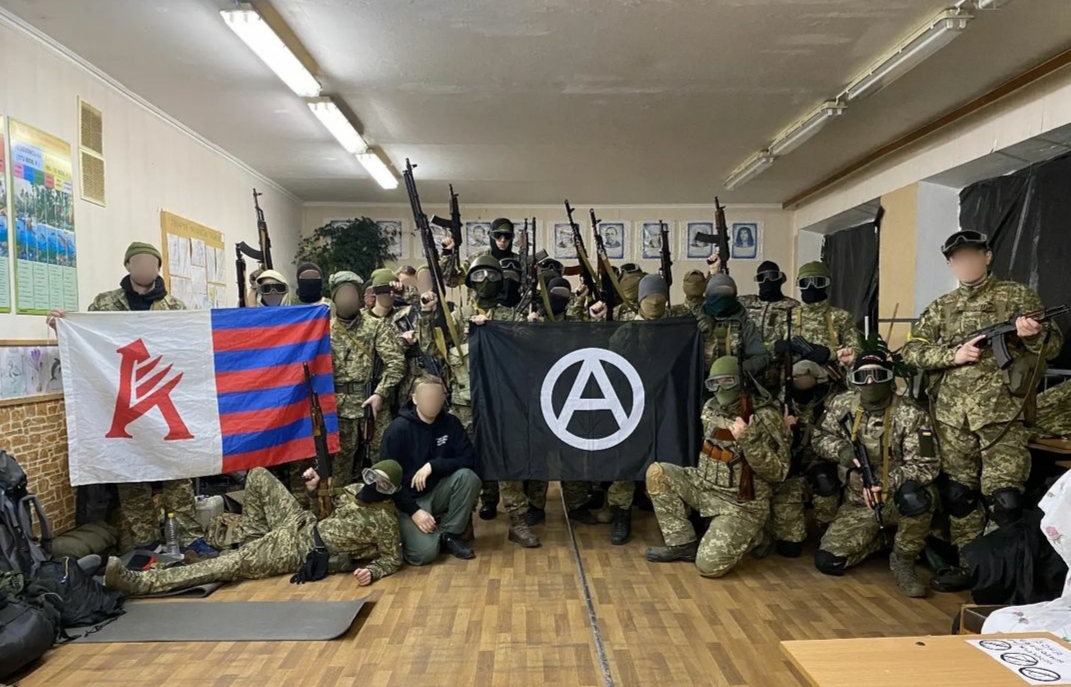