Before evening Anarchist singer-songwriter "comrade Arkadi" made a concert. Later, a freemarket was opened, where everyone could leave their goods and gather what was left by other people. Tomorrow 15th of May, there will be a lecture on free non-capitalist economy in the camp.

Closer to the evening, participators of the "Food Not Bombs", who have already developed a routine for feeding the camp, brough food. Evening assembly become a full general meeting, deciding all important questions. This evening, several hundred people took part, but unfortunately not all participators of the camp are interested. It was decided that a general assembly will be organise every evening 21:00 at the statue of Abai Kunanbayev.

This time, financial questions were given a special attention. Most of the people agreed, that due to big turnover of the people in the camp (in practice nobody may be present 24 hours a day), there should be at least three treasurers, and not just one, as it was decided 13th of May. As a matter of fact, there is already a working group on the finances, which was selected after first general assembly in the camp, it is allocating necessary money for other groups. Amounts exceeding 5000 rubles (120 euros/$) will be dicscussed in the general assembly.

Also, question of moving the camp was discussed. Some people proposed to negotiate with Moscow authorities, and to move camp to a spot where authorities would allow tents (at the moment, people are sleeping without tents). But other participators were adamant in staying in Chistye Prudy until the end, and in case of dispersal of the camp, to move camp to other spot in the boulevard ring of the capital.

Duma deputy Dmitri Gudkov was visiting the camp, and wanted to speak at the assembly. However he was totally surprised, that his status as a deputy did not implied any privilegies, and he was asked to raise his hand and wait for his turn. Deputy preferred to leave the camp.

As we already wrote, during the day 14th of May authorities attempted to close camp by using park workers from local administration of the municipality, with a pretext of renovating the grass. Camp participators moved their property from the grass, but returned in the evening. Photos of local people prove, that grass around the statute of Kubai was trampled a long time before the protest camp was established. However camp participators announced that they may repair the grass on their own, and necessary funds for that were already raised.

Activists of Autonomous Action distributed special issue of the  paper "Situatsiya" and  leaflets. 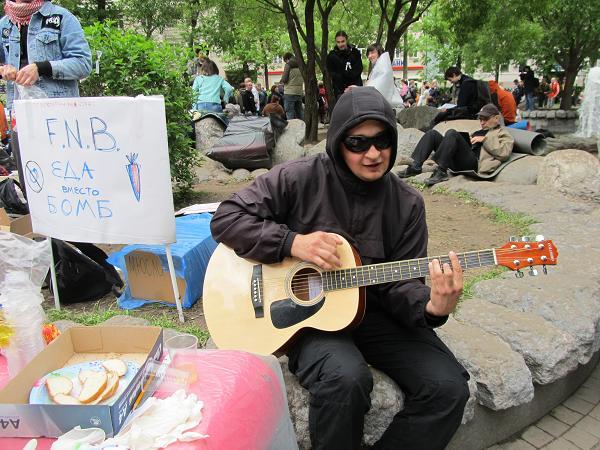 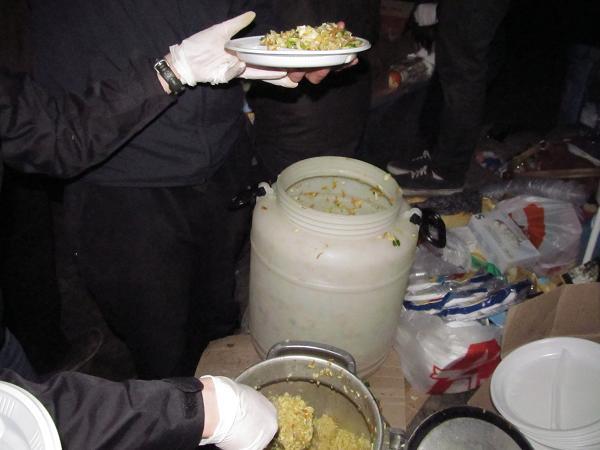 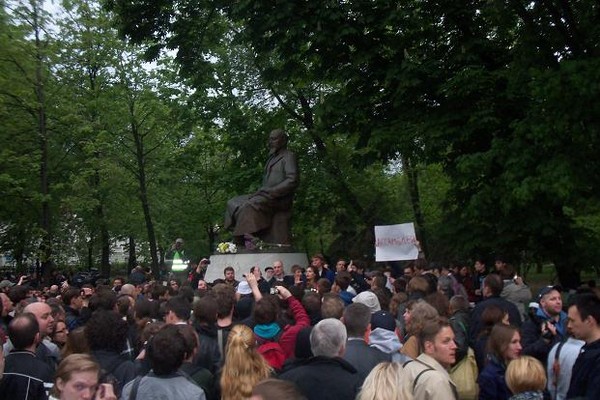 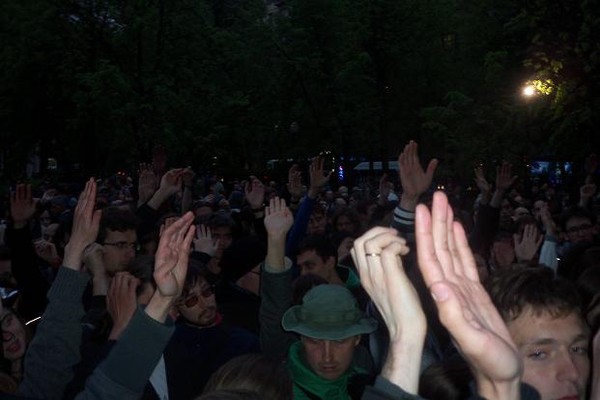 Schedule for tomorrow 15th of May: 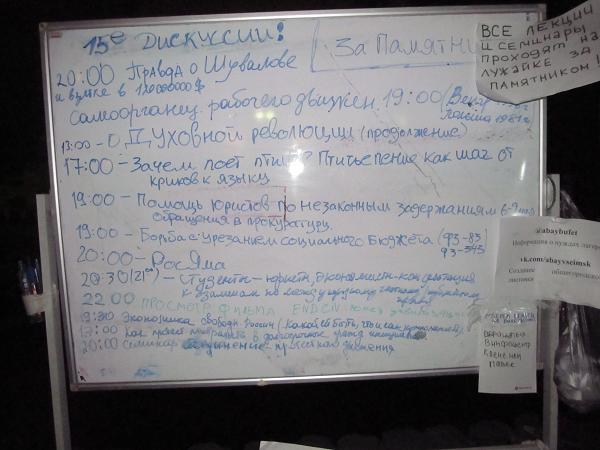 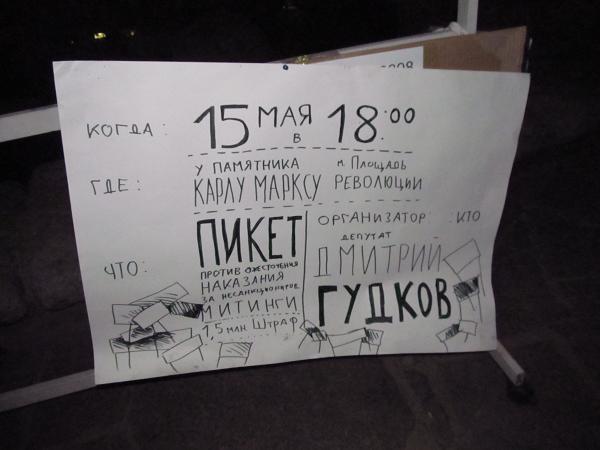 Online translation from the camp:

Contact address for those, willing to come to camp: occupytogether12@gmail.com