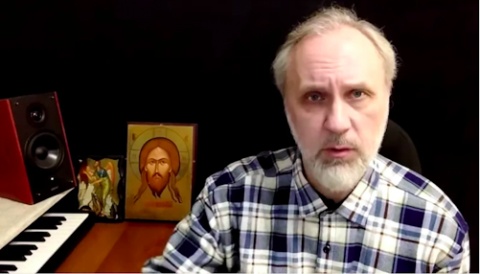 Priest of Russian orthodox church Ioann has been remanded, charged with spreading ”fake news” about Russian army, after he preached that ”peacemeakers go to heaven”, and ”aggressors who have attacked the neighbouring people will go to a hell, which they have chosen themselves”.

Send him a Tolstoyan greeting to address

Please translate your letters to Russian for example with Google translate, as currently letters in other languages except Russian are very seldom accepted in Russian prisons.

We have also included 36-year old blogger from Novokubansk of Krasnodarsk region Aleksandr Nozdrinov in our prisoner list. He is facing criminal charges, as in March he posted in his Telegram-channel a picture of a destroyed block of flats in Kiev, with a caption ”Ukrainian cities after arrival of the liberators”. According to the investigation, this was ”public spreading of purposefully wrong information about using armed forces of the Russian Federation”, as Russian ministry of defence claims that the building in Lobanovskiy street of Kiev was destroyed by Ukrainian rocket. 27Th of March house of Nozdrinov was searched, the next day he was remanded.

Additional reason of his persecution are his investigations about corruption by Krasnodar authorities in his Telegram and Youtube Channels.

Please translate your letters to Russian for example with Google translate, as currently letters in other languages except Russian are very seldom accepted in Russian prisons.

Note that a number of countries have halted all postal services to Russia, check that services are available in your country. You may send letters to prisoners via our e-mail address. You may also use electronic service provided by Russian prison services, in case you are able to overcome barrier of the Russian interface.