"Prison united all of us" 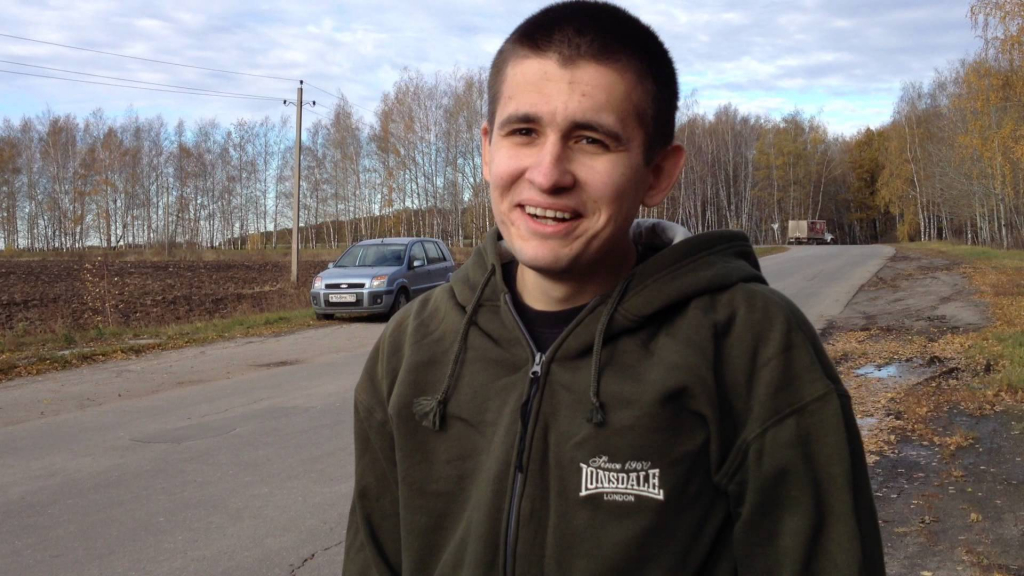 Interview with anarchist prisoners in the so-called "Bolotnaya Case", former sailor Alexei Polikhovich, 22 (pictured), and historian Stepan Zimin, 21. They are amongst the many people charged with participation in the May 6, 2012 clashes with police during an opposition rally in Moscow's Bolotnaya Square. Both face a sentence of five-and-a-half year in penal colony, having spent over a year in pre-trial detention.

Excert from an article by Yulia Polukhina, Novaya Gazeta newspaper, Januray 24, 2014. The questions, same for all interviewees, were passed to the detainees via their lawyers.
http://www.novayagazeta.ru/inquests/61917.html

Q: You have unwillingly became a defendant in a political trial. Did you have pronounced political views before? Have they changed after you were imprisoned?

Polikhovich: I am a libertarian socialist. This is rather a social philosophy, a worldview rather than political view. A libertarian wants to build a new society on the principles of free union, equality, self-administration, federalism, respect for an individual, co-operation rather than rivalry. A libertarian would not be making electoral pledges, or fight for a position in the parliament or in a government. A libertarian's fight is for the people of the whole world - in the streets of Athens and Barcelona, Mexico City and Lima, and not in the corridors and lobbies of power. A libertarian is the most consistent opponent of a Nazi and an authoritarian communist, of a religious fundamentalist and of an exporter of ultra-liberal democracy, an enemy of hierarchies, verticals, dogmas, institutions of oppression, prisons. A libertarian is, without a doubt, an opponent of our main prison, which was described by Max Stirner: "Every state is a tyranny, be that a tyranny of one person or a tyranny of the many... The state seeks to hinder every free activity by its censorship, its supervision, its police, and holds this hindering to be its duty, because it is in truth a duty of self-preservation." The latter is particularly true in today's Russia.

Zimin: I am an adherent of anarcho-communist, anti-fascist views. Although for me they are life's principles rather than rigid frames of ideology. The best expression of the main point and essence of anarchism was made by Jean-Jacques Rousseau in his tiny essay ["Discourse on Inequality"]: "The first man who, having enclosed a piece of ground, bethought himself of saying This is mine, and found people simple enough to believe him, was the real founder of civil society. From how many crimes, wars, and murders, from how many horrors and misfortunes might not any one have saved mankind, by pulling up the stakes, or filling up the ditch, and crying to his fellows: Beware of listening to this imposter; you are undone if you once forget that the fruits of the earth belong to us all, and the earth itself to nobody."
It is a huge mistake to think that anarchism is general chaos, lawlessness, the final result of which is Hobbes' war "of every man, against every man". In fact, it pursues the aim of building a society based on mutual aid and solidarity of all of its members, regardless of gender, race and religious creed.

Polikhovich: After the charges against four out of twelve defendants were dropped [in the December 2013 amnesty] ourselves and our lawyers can physically fit into the small hall of the Zamoskvoretsky Court. In her own domain [judge] Natalya Viktorovna [Nikishina] can find it easier to control the events, the final game will be played in her field.

Zimin: I do not think it is directly connected to the sentencing. It's just that the number of defendant has noticeably dropped, a small courthouse in central Moscow is much more convenient than Nikulinsky, the journey to which takes up a long time. Seeing that the trial lasts for eight months already, and we leave at six in the morning and return in a prison van after midnight, it is now easier to reach the trial courthouse, simply on everyday level.

Q: Do you have a sense of moral victory?

Polikhovich: I don't feel anything of the sort.

Zimin: I feel moral victory not so much due to transfer of the trial from one courthouse to another (after all, it only changed the surroundings), but rather because the court investigation has finished, and after hearing all the arguments of the prosecution, I am once again convinced of our innocence. In all the time that I was listening to the compositions by the so-called "victims" and their colleagues who served as witnesses, watching video recordings, I had the same thought: so who really has to sit in this aquarium?

Q: Some of the "Bolotnaya Case" folks were amnestied; when they were released in the courthouse, you celebrated that as though they were your relatives. Now some time has passed. What do you feel for the amnestied people?

Polikhovich: We had a laugh over this question. Does it assume that now, after some time has passed, we are supposed to have changed our attitude? I am sincerely happy for Masha [Baronova], Kolya [Kavkazsky], Lyonya [Kovyazin] and Vova [Akimenkov], especially for the latter. This trial has made us close, and I think we would never lose touch.

Zimin: On the day that they were released in the courthouse, there was a feeling as though you are getting released yourself. The sense of pride in them cannot be honestly put into words! And how could I not be happy for the people who were in handcuffs next to me in the morning, and were free by the evening. You know, back in the day, Leon Trotsky wrote: "Prison united all of us." I think that these words can be well applied to our situation. You can't say it in a better way.

Q: Do you think of what the sentence might be, what do you expect, do you believe that it can at least partly depend on the lawyers' work and on your position?

Polikhovich: I try not to hope and not to expect anything. I am prepared for any outcome. I think that the main conceptual decision on us will be made by the top officials but within that conception of the sentence there can be some variations, some individual approach. The lawyers have done a lot to dispel illusions concerning fairness of our prosecution, and for seven months they have been proving the invalidity, absurdity and biased nature of the charges, I am very grateful to them. We will find out very shortly whether their work has made any difference to the final outcome.

Zimin: The main thing that depends on my position in court is my attitude towards myself. We made the entire journey from arrest to the sentencing, and I think that each one of us has come to the conclusion that Russia's law-enforcement system (like all other similar systems) is far from perfection, to say the least. Half of all norms in the Criminal Code and in the Criminal Procedure Code are violated or not fulfilled.
Under such conditions, our lawyers have to be greatly thanked for expertly and consistently defending us under the conditions of abuse we are subjected to. As for the sentence, whatever happens, in the end it will all be good, we will keep on fighting. No pasaran!

Addresses of Stepan and Alexei. Note that these 2 prisons do not admit letters in English, so translate your text (f.e. with google translate or other similar program) before sending, or pass postcards and photos).