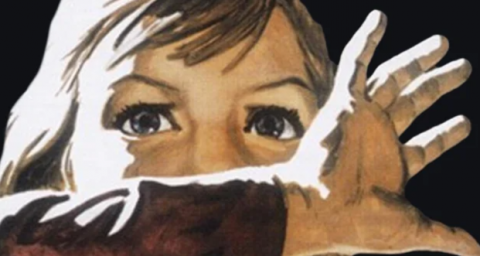 When reading texts like this it is necessary to, first and foremost, take into account the fact that their real impact is insignificant, even compared to the most powerless statements of the OSCE Minsk group and other international organisations. And therefore, the target of such texts is not the exact measurable impact, but rather the proclamation of the principles for the present and the future as a clarification of the position of the individuals and groups that were powerless in the past and can no longer back down from the struggle.

This struggle is waged against inequality, oppression, armed conflicts that erupt regularly due to the logic of nation states and imperialist aspirations, and against authoritarian systems that violate, oppress and exclude human dignity.

The current struggle for stopping the war that completes the chain of Armenian-Azerbaijani armed conflicts and pogroms and eliminating the possibility of new wars is not just anti-war. It is a part of the anti-colonial, anti-capitalist and anti-fascist struggle. Unfortunately this struggle has befallen us along with two full-scale wars and a deadly pandemic.

Writing texts like this also implies an opportunity of withdrawing from the current events in a certain way and seeing the reality more broadly. Yet the current massacre, which involves thousands of people from both sides, does not allow us to disconnect from the war.

This war started on September 27 by the order of the Azerbaijani political elites and with the full support of the Turkish authorities. However, this war is the predictable continuation of the war that was frozen in 1994, but that never brought peace, as well as decades of vain and confidential negotiations. It is also the continuation of the long process that went on because of the prioritizing of class/economic interests, chauvinism and political expediency over human lives by Azerbaijani and Armenian political elites, as well as the isolation of the societies from one another, which has created a vacuum, and the uprooting of the vision of peaceful coexistence.

We need to admit that neither the socialists, nor the liberals were able to counter the xenophobic language that made it impossible to have substantial negotiations. Kocharyan's nonsense about the genetic incompatibility of Armenians and Azerbaijanis was presented and, by many, perceived as an undeniable fact.

The two former empires pursuing more aggressive policies in the region had in their turn prepared solid ground for this war. Both of the dictators who have seized the power from the peoples of Russia and Turkey speak the same language, keeping the maps of collapsed empires from different times in their heads as a guide.

Were Nikol Pashinyan and his Civil Contract party, who came to power as a result of the 2018 mass popular movement, "Velvet Revolution", not affected by the product of the propaganda machine that had been working for decades? Of course they were. A vivid example of that is the statement by Nikol Pashinyan from Stepanakert: "Artsakh is Armenia, period." We are convinced that through substantial and transparent negotiations, mutual concessions and a negotiating process led by the imperative of seeking justice and lasting peace, it would have been possible to avoid this tragedy. However, history does not know the word "if" and does not go back to the starting point, but once again leaves the choice between peace and war.

War changes people in catastrophic ways, it changes their perception and the conversation about peace.

In the context of war, a new discourse is created, that spreads both in Armenia and Azerbaijan: "We will not leave the war to the next generation". This is what both Armenian and Azerbaijani volunteers and conscripts say.

The mythologized history textbook, the personal and collective grief and trauma, the provocation we see in the media that is always made by the other, as well as the horizon of events that exist in the dimensions of the nation states are pushing to choose the path of war, destruction and self-destruction.

The responsibility for the casualties and the destruction the war results in lies with the one who chooses the war.  However, all anti-war forces must, individually or collectively, demand the investigation of the war crimes of all sides and the punishment of those responsible. The first step in rejecting war is to confront, admit and take responsibility for every atrocity.

Due to the influence of the propaganda media, these atrocities have grown into a new kind of barbarity. The humiliation of dead and wounded soldiers, the execution of prisoners of war and the looting of corpses, are no longer just seen in the battlefield, but are a product of the mass media. The ordinary people, who simultaneously provide information to the consumerist society, turn to "the people", "god", "friends", "relatives" and "ancestors" from whom they have supposedly inherited the glorious mission of waging the sacred war. Perhaps, next to the military melodramas and eroticised images of teenage soldiers, the pornographic, destructive images of war crimes are the reality. Like a forbidden drug, they spread from one acquaintance to the other. For those in the back, seeking information about their relatives, this drug, with state or amateur packaging, becomes a means of delaying apathy through attacks of panic and euphoria. This is how violence and mass murders get normalized, and they will stay with us after the war along with undetonated mines.

We were not ready to believe that this unique type of necrophilia would become a part of the news feed in both countries so fast. This is the new language of genocide that needs to be eliminated.

One of the first steps of building peace after the war must be the clear recognition of the rights of the two peoples (and exactly this was the shortcoming of the new Armenian authorities in this regard in the last two years). Along with the rights of self-determination and security of Nagorno Karabakh Armenians, we need to hold the rights of the Azerbaijani population of Nagorno Karabakh and the adjacent territories who were expelled during the war. It is more important that these rights are accepted in Armenia and among Diaspora Armenians.

This is the path that will allow us to speak about the restoration of the rights of Armenian and Azerbaijani refugees from Armenia, Azerbaijan and the former NKAO.

Even through the difficult days of war we need to remember that the territories marked on the map are a home for people: for many Armenians and Azerbaijanis, a lost home.

The conversation about the restoration of the rights of refugees does not imply groups of primary and secondary importance. Regardless of their ethnic identity, country of residence and attitude towards one another, these people are victims of nationalism and war. They are hostages to an unresolved conflict.

Now, in the midst of an ongoing war, it is difficult to talk about how it's possible to achieve the full restoration of the rights of refugees and personal security at the same time, however, the advocates of peace and justice have to admit: the disregard towards violated rights continues the injustice and feeds the mutual hatred.

After their occupation, the adjacent territories of the former NKAO have been used as leverage to get status. Territories in exchange for status. Only later, slowly, coming from political expediency, the elites and the intelligentsia, formulated these territories first as a security guarantee (and the strongest argument debunking this delusion is the current catastrophic reality), and then as a sacred land for which blood was shed.

As if people were dying for the perpetuation of war.

This transformation of the discourse was also a result of capitalist appropriation. What part of the population of those territories lives in a private property, while also being the servant of that same property? Are the square meters that are returned through the war unleashed by Azerbaijan really going to become a home for the people expelled during the first war or just a new sanctuary in the hands of the old owners?

We have all lost to the capital and the inscrutable bourgeois ideologies that consecrate it. While the land is the property of the capitalist, the ideologues, who feed off the purse of the capital have, with convincing accentuation, given the illusion of owning land to the nation, be it Armenian or Azerbaijani. The land has gained a nationality, a border, a fence. Property rights have been consecrated.

We have allowed the discrediting of class comradery, solidarity and friendship, and stayed in the besieged fortress of national identity. But the higher the walls of the Armenian and Azerbaijani fortresses have gone, the tighter the circle linking us has become. This decades-long conflict has taken everything away from us. It has legitimized the unbreakable policies of exploitation, injustice and inequality, mutilated our dignity, imagination and dreams. Are we really going to give up to the dictates of the capitalist system, retreat, concede our right to our vital existence? Are we really going to tolerate being left on the two sides of suffering and disappointment this time as well, earning more poison of enmity and sorrow as compensation?

The revolutionization of societies, the mission of restoration of rights through peace and the struggle it necessitates should become the mission of all progressive as well as specifically anti-authoritarian, anti-capitalist, anti-colonial, feminist and environmental groups. If no other way is possible, then exactly those groups should take on the message of securing peace and harmonious development.

If looked at more broadly, the problem of the instrumentalization of the national issue by previous and current superpowers, can now be resolved exactly by the people of the region by stopping foreign imperialist forces from using people as puppets.

We fully realize the imperative of history to transcend the borders of a nation-state, build environments that are just, free, egalitarian and based on solidarity, and to ensure the harmonious development of society. Any individual struggle stemming from this imperative is part of a global struggle, but the necessity of local and short-term actions requires a clear agenda. We also suggest these actions as a guide  for our friends from Azerbaijan and other countries:

Long live peace and the revolution that are to come tomorrow!

To join the statement: https://docs.google.com/forms/d/e/1FAIpQLSeWW8tQd1k-wHclWQmTrRb32cthiXAwvg3-MkQznqfB6illsA/viewform