Greece: the arrest of anarchist Lida Sofianou a demonstration on February 23

Tens of thousands of people took to the streets of Athens on the day General Strike on February 23 and headed to Parliament, spitting on police repression and control. In a society that pressured gears ever-increasing repression conducted by the state and authorities, and under the pretext of an agreement on cooperation with the IMF, the EU and the ECB, the decision of thousands to march to Parliament to show our refusal to submit or succumb to fear, that wants to impose authority. Participated in the demonstration blocks anarchists / antiavtoritariev, basic class unions, neighborhood gatherings, social resistance to higher prices, etc., all carried a clear message: the message of the collectivization of social struggle and self-organization from below, against the house, the party leadership and the surrender of the class of union leaders.

The morale of thousands of people besieging the Parliament and the perseverance of those who stayed for hours at Syntagma Square, face to face with a host of police stations revealed the belief that his superiors did not firmly that it is time to retaliate class and social impact.

Almost from the beginning of the demonstration came under police attack.While all the new units arrive at Syntagma Square, the attacks became more violent, blood thirsty zabrashivaniem tear gas, asphyxiant gas and stun grenades. As a result, the demonstration was dispersed and dozens were injured, detained and arrested during a terrorist attempts to break the demonstration. This would guarantee that there will be a consistent, finding the mass of people outside the Parliament.

One of the blocks, which were attacked and dispersed as soon as they arrived at the Syntagma was a block of the Assembly of resistance and solidarity of Kypseli / Patision.Most of the demonstrators were pushed down hard in the direction of Ermou, while others were surrounded by troops DIAS and DELTA, and were beaten in the street Nikis near the entrance to the Technical Chamber.

Here Comrade Sofianou Lida, who participated in the demonstration unit of the Assembly Kypseli / Patision, was arrested.

Police Squad DELTA threw her down, dragged her toward the Ministry of Finance, and tried to falsify evidence against her, which would have brought it under a serious charge.More specifically: they seized the bag in which lay the texts of the Assembly and tried to put it in another bag with Molotov cocktails, which they held in their hands.

Comrade reacted instantly, shouting demonstrators and passers-by that police took from her bag and tries to accuse her of a crime. Therefore, a police squad DELTA started beating her and threatening her, so she stopped.

This is an attempt to police went inside the arch of the ministry, where she was isolated.Despite the shocks it receives, comrade told employees who were present there, about faking evidence against her - and so she managed to avoid the falsification of using hammer.

At police headquarters, where she was taken some time later, police had been born a new creative scenario to justify her arrest and prosecution: it was first presented his stick and said that it is blamed that she held her hands and she attacked police stations .In addition she was charged with "anti-disruptive to the law" to the charges against her were upgraded to serious crimes.

Lida Sofianou and seven of those arrested during mobilization on Feb. 23 brought before the lawyers and prosecutors on Thursday 24 February, while the ninth prisoner remains in the hospital, wounded police stations. Being accused of "disturbing public sporkoystviya", "trying to grievous bodily", "possession of a weapon and violating the" anti-hooligan law, "Lida received a notice to appear before the magistrate at the courthouse Euelpidon on Saturday, February 26 at 9 am, along with another Two arrested at the demonstration, with similar allegations.

Arrested, charged with minor crimes, some of whom were minors, were notified on Friday 25 February.Until then they remain in custody at police headquarters.

Our friend, who participated in the strike holding a demonstration on February 23 Assembly Kypseli banner with the slogan "Sovmetnaya fight local workers and emigrant workers against exploitation, fear and racism" is not alone in fighting against government repression.Over 15 years of its activity and anarchist social struggle, involving a student and workers' mobilizations, the procedures of the anarchist movement, initiatives to protect nature and public space, neighborhood gatherings, a libertarian creative activity and anti-authoritarian publications, she contributed to the growth of self-organized social resistance their camaraderie, their passion andcreativity.

In this journey in the collective struggle for peace, equality, solidarity and freedom she has met thousands of struggling people, and supported at gunpoint from the state, prosecuting people for their position.

We will not remain silent when faced with repressive maneuvers against it, with the police fabricated evidence and proof, suddenly appeared at police headquarters.

Ruthless repression of the demonstration as part of a general strike, arrests and trumped up charges against the people fighting the state is trying to intimidate all those who resist the streets, and to settle in the community fear.This intimidation will not work!

Immediate release of nine arrested during a demonstration in the general strike on February 23!

No prosecution of protesters!

PHOTOS: On how the elements in the Greek FA rikuyut case against the anarchists throwing Molotov cocktails them. 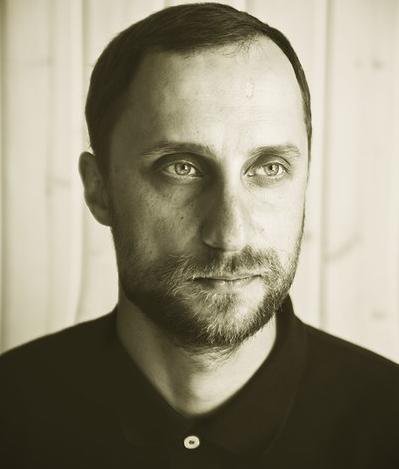