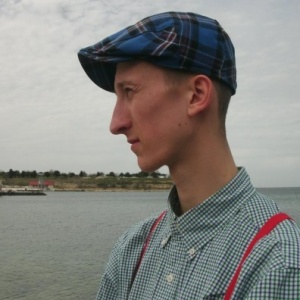 Alexandr Kolchenko and Oleg Sentsov will be under the arrest at least until the middle of April 2015. The investigation is classified by Russian special services.

Crimea peninsula in the Black Sea was a part of RSFSR (Russian Soviet Federative Socialist Republic) and then since 1954 a part of Ukrainian Soviet Socialist Republic, which were both members of USSR. After USSR collapse in 1991 the new independent state Ukraine received the territory of Crimean peninsula. Though, under the treaty between Ukraine and Russia there were considerable contingent of Russian navy on the territory.

On March, 2004, Russia redeployed supplementary units to Crimea and effectively annexed it, taking the opportunity of destabilization in Ukraine after Maidan protests. The considerable part of Crimean population concerned about possibility for nationalists to come into power in Kiev. They believed in promises to improve the economic situation in republic and supported the annexation. Most of Crimean population watch Russian TV-news which is continually broadcasting propaganda. On 11 March, 2014 the Supreme Council of Autonomous Republic of Crimea and Sevastopol town council signed a declaration of independence of Autonomous Republic of Crimea and Sevastopol. The meeting of parliament was classified, the building was blocked by militants without decoration. At least such atmosphere can signify that deputies were under political pressure and the very secure of the quorum on that historical meeting can raise doubts.

Referendum over questions of peninsula status was held on 16 March, 96% voted for Russian annexation. The legitimacy of this referendum can also be doubted since it was held while Russian propagandist apparatus aggravated the situation.

At the same time the predilection of most of Crimean population obviously were on Russian side at that moment. Ukraine and the overwhelming majority of UNO members recognized neither separation of Crimea from Ukraine, nor its annexation by Russia.

Some Crimean natives (especially Crimean Tatars, but not only they) opposed the annexation, but Russian authorities did their best to persuade or intimidate those who were against it, thus no mass protests took place in Crimea. The Crimea and Sevastopol annexation agreement was signed on 18 March. According to this document they became parts of Russian Federation.

Kolchenko and Sentsov case: the essence of the accusation

According to FSB (former KGB) press release, Oleg Sentsov, Gennadiy Afanasiev, Alexey Chirny and Alexander Kolchenko are charged under Article 205 (terrorism), Article 205.4 ("Terrorist organization arrangement and participating in it"), Article 222 ( "illegal acquisition, transfer, sale, storage, or bearing of firearms, its basic parts, ammunition, explosives or explosive devices") of Criminal Code of Russia for having participated in a "terrorist group" which planned explosions near the Second World War memorial and the Lenin monument in Simferopol on the 8th and 9th of May. They are also suspected of having carried out two arson attacks: against the headquarters of "Russian Community of Crimea" organization on the 14th of April, and the office of the United Russia party.

FSB informs that explosives, firearms, ammunition, Molotov cocktail cans, hard caps (like those which were used during Maidan protests), respirators, gas masks, dye tanks, nationalist attributes, etc. were found and withdrawn during the searches in crime participants' apartments. ... The main target of the crime group was realization of subversive terrorist actions in Simferopol, Yalta and Sevastopol and subsequently railway tracks and electricity lines sabotage."

Another important constituent of the charge is presumptive participation of the defendants in ultra right-wing movement "Right Sector", which arose as informal union of the right-wing during Kiev protests in autumn and winter of 2013 and lacks particular membership and well-defined structure.

Article 205, Part 2 of Criminal Code of Russia provides maximum sentence from 10 to 20 years in prison.

Facts of the case and comments to the charge

All defendants were detained in Crimea between 9 and 16 May. After several interrogations they were transferred to Moscow and are being kept in Lefortovo remand prison. Oleg Sentsov refused to testify even though FSB beat him and threated with raping after his arrest on the 11 May 2014. Alexander Kolchenko has admitted to being present at the location of the arsons, but he denies terrorist charges. Gennadiy Afanasiev and Alexey Chirny fully admitted their fault and refused any support from independent lawyers. All the defendants were under psychological pressure - it's obvious even in those TV broadcasts about Chirny's arrest, where he answered the FSB-related reporter the way he wanted him to answer. As lawyers of the accused are subject to a gag order, we have very limited information on the charges.

According to the Article 205 of criminal Code of Russia "Terrorism" is the perpetration of an explosion, arson, or any other action endangering the lives of people, causing sizable property damage, or entailing other socially dangerous consequences, if these actions have been committed for the purpose of violating public security, frightening the population, or exerting influence on decision-making by governmental bodies, and also the threat of committing said actions for the same ends". So, what happened in Simferopol on 14 and 18 April 2014?

The arson of two offices referred above ("Russian Community of Crimea", nationalist organization which stands for "rights of Russians in Crimea" and "United Russia", ruling party in Russia) really took place and appeared in news broadcasts. There was no sizable property damage in both cases: the fire has been shortly extinguished. No one was injured and nobody could: at night there were no people in these buildings. Therefore, no frightening the population and no endangering lives took place. Usually such events in Russia are qualified as prejudice of property, hooliganism or vandalism. "United Russia" and "Russian Community of Crimea" are not governmental bodies, there were no political statements and no claims after the arson. Therefore, these events have nothing to do with "exerting influence on decision-making by governmental bodies" or "entailing socially dangerous consequences".

All the defendants are claimed to be part of the "Right sector". According to his accounts in social network services we can probably suppose that Alexey Chirniy sympathized with nationalists and the "Right Sector", but we have no reliable information about his political stance. The others of the accused have no connection to the "Right sector", which is confirmed by all their relatives and friends. Moreover, Alexander Kolchenko is an antifascist who constantly opposed nationalistic movements in Crimea. To all appearances, the accused were not acquainted or hardly knew each other, otherwise it's impossible to explain why a nationalist and an antifascist both took part in the same action.

This means that proposed charge falls short of the facts and can be explained only by political background of the charge.

For Russian authorities the annexation of Crimea is an important element of propagandist campaign, aimed to increase patriotism in population and to raise the ratings of the first party of the state. In Russia sizable part of the population consider Crimea to be the territory inhabited mostly by Russian people that was unfairly turned over to Ukraine. At the same time, 22 years passed since the collapse of USSR and no one has ever seriously demanded to give Crimea back to Russia. But when Russian authorities took the occasion and made the successful bloodless annexation of Crimea it was greeted as unprecedented success over hostile ("fascist") Ukraine by many people in Russia. Russian authorities insisted that Crimean population supported the annexation, justified it by the necessity to "reunite Russian nation". They supported local and other regions' pro-Russian right-wing activists who gathered on the peninsula and armed militias of so-called "Crimean self-defense", also composed of right-wing groups. That's why all political protests in the republic are taken like a menace to Russian authorities, especially against the background of international society which mostly challenged the legitimacy of Crimean annexation.

Crimean militias solemnly accepted Ukrainian riot police officers as their members. In winter these riot police troops (so called "Berkut") had been deployed to Kiev to prevent civil commotion; they shot at unarmed protesters. The interests and the very existence of Tatar, Karaim and other "non-Russian" ethnic groups in the Crimea are ignored, their self-government institutions are being destroyed and repressed. After the annexation, freedom of press and freedom of assembly in the Crimea were seriously inflicted.

Such "exposure" of terroristic group is an opportunity to capture some of the activists in order to intimidate the others, to make it sure that anyone who doesn't comply with the new authorities will be repressed. The fact that FSB conducts an active propagandist campaign around the accused by claiming them to be part of the "Right sector", proves the political nature of Kolchenko-Sentsov case. Russian TV considerably exaggerates the extent of "Right sector"'s influence on the Ukrainian people and creates an atmosphere of fear of the Ukrainian "fascist organizations, which already reached their hands for the "Russian" Crimea".

The accused are already criminated in the media, although their guilt is not proved and not yet established.

Alexander Kolchenko, 24, anarchist and antifascist, participated in student and environmental actions in the Crimea. He graduated from college and acquired a "tourist manager" specialty, worked as a post-office and print-shop loader. He has been part of campaigns against tuition fees as an active member of "Student action" union and supported workers' rights protests. He was under constant Nazi attack for his antifascist stance.

Who is Oleg Sentsov

Oleg Sentsov, 36, film director, the author of low budget film "Gamer" which took part in several art-house film festivals. Has two children. Pro-Ukraine activist, he participated in actions for "United Ukraine" and non-violent "Auto-Maidan" movement. "Auto-Maidan" movement appeared in autumn 2013 in order to help driver activists during protests at Maidan. In March and April, 2014, after the annexation of the Crimea, he had helped the Ukrainian military in humanitarian affairs, including evacuation of their families. "Auto-Maidan" has nothing in common with the "Right Sector".

Please write as a payment purpose "it's donation for Kolchenko"

Links for the most informative materials in media (in Russian, May-June-July 2014)

You can find an spanish

You can find an spanish translation for this article here:

Hello, we are a group of

we are a group of anarchist federation of Lyon (France), we held a solidarity action with Alexander April 16, 2015 in front of the consulates of Russia and Ukraine. Here is the link to our action with pictures: