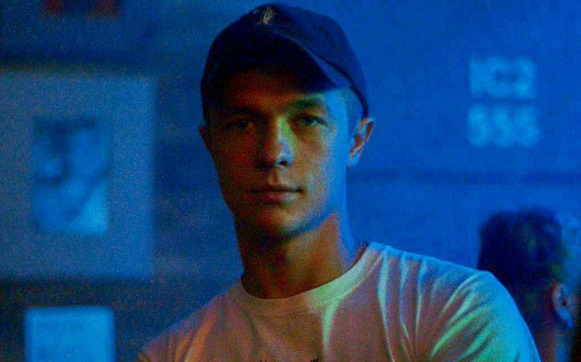 December 24, anarchists took part in a mass protest rally against rigged elections and the party of crooks and thieves. Speakers from the platform was told that it was attended by over 120 thousand people. Even before the rally, anarchists were victims of a provocation: approximately 13.20 7 persons with folded banners, posters and related packaged shafts were arrested without explanation in the area of the Yaroslavl station. In the ATS with them at first wanted to hold a "preventive talks" and then issue the administrative records for alleged disorderly conduct. Around 15.00, after the arrival of the department of human rights defenders arrested anarchists were released and able to take part in the rally. However, the police illegally confiscated the rallies of props, including banners and posters with the slogan "You're a condom". Perhaps the guards remembered that by a condom with Prime Minister Vladimir Putin likened the symbol of the December protests - a white ribbon.

Near the exit of the subway station "Komsomolskaya" police attempted to detain another anarchist who carried a folded banner, but for her time had to stand other people that went to the rally.

Meanwhile, other anarchists were able to find each other in a crowd of many thousands, and deploy the surviving flags and banners. Was set free platform: any party rally could speak into a megaphone anarchists.

Almost all the speakers at a makeshift assembly were unanimous that the opposition status, consider themselves the ideologues of the protest movement, just want to get into power and do not intend to defend the interests of ordinary people. It is unlikely that peace, even thousands, meetings will lead to some radical changes. Defend the rights people can only do by fighting against the state and capital, and building around libertarian attitude.

When podium held by the free "opposition" oligarch Prokhorov, in black and red series he shouted, "Get in your Courchevel" and "The Power of millions, not the millionaires." Anarchists and other participants in the meeting tried to block billionaire. Unfortunately, its passage further provided personal protection, but after Prokhorov flying snowballs.

After 16 hours, when some protesters began to disperse, and on the prospect of Sakharov became freer, and the column of anarchists and anti-fascists have joined together with her group of feminists, LGBT activists and individual representatives of the organized left-wing organizations has moved closer to the stage. The anarchists chanted "Freedom, equality, anarcho-communism," "Higher, higher, black flag, the state chief enemy," "Fascism shall not pass!", "Our country - all of humanity!"(During a speech to the main podium speakers Nazi views), "All politics - crooks and thieves," "Our candidate - self-government", "Come on out, bring us a city," "Down with fascism and capitalism," “Path to Freedom - a revolution! “And other slogans.

Despite attempts by the opposition of the various status of the organizing committee meeting agenda to bend to fit your needs, including speakers from the main stage and was representative of the anti-fascist movement - former "Khimki hostage" Alex Gaskarov. He said that participants in the protest movement may well build a real, direct democracy on their own. But they should not be allowed to use democratic procedures to representatives of the forces that are not supporters of democracy in any form. As an example of such a force Alex pointed to the nationalists, who during his speech trying to break into the scene. They are constrained, including anti-fascists, who were near the rostrum. Dissatisfaction with the behaviour of the nationalists were also of the organizers of the rally.

It should be noted that members of the committee meeting not only ignored the appeal of the Committee January 19 , but at the last meeting of the organizing committee of the initiative group was not even given the word a man is going to read. Thus, among the speakers at the mass meeting and were fascists, which is not only zasvistyvali anarchists.

After the meeting a column of anarchists, along with other protesters managed to arrange a procession from the expanded attributes and lit fireworks in the alley and Orlikova Kalanchevskaia street. Standing in a cordon police decided not to detain demonstrators.

About 18 hours, even at the metro station "Red Gate", the ultra-right attacked a group of anarchists, who were returning from the rally. Police arrested along with neo-Nazis three anarchists, but they were soon released.