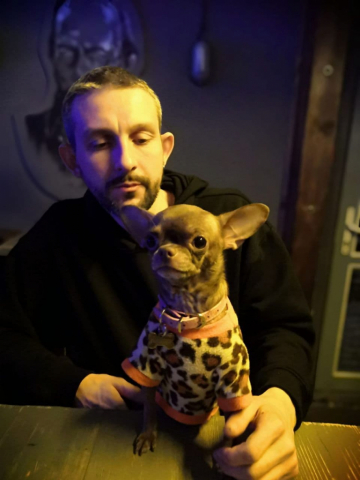 This time around there's both good news and bad news, so lets start with the good ones.

Maxim "Hadad", an anarchist and street artist from Khabarovsk was released from remand in custody to house arrest on the 6th of August, after having spent almost 4 months inside. He is accused of ”justifying terrorism” in a social media post from November 2018, after 17-year-old anarchist Mikhail Zhlobitsky bombed FSB offices in Arkhangelsk. The prosecutor appealed the release, but the appeal court approved Smolnikov's release on the 22nd of September. Smolnikov does not have a court date yet.

Two Kansk teenagers, Denis Mikhaylenko and Bogdan Andreev, were released on the 17th of August court pending, with some restrictions. Bogdan has spent more than a year in house arrest, and Denis in prison. Nikita Uvarov was released with court pending on the 5th of May. Court proceedings against the three continue on the 9th of November, and unfortunately defence attorneys, hired by the relatives, have decided not to make any public announcements about the proceedings.

The Kansk case support campain now has an English version of the website.
Previous coverage about the case.

Antifascist Andrey Kazimirov will not be deported to Belarus this year 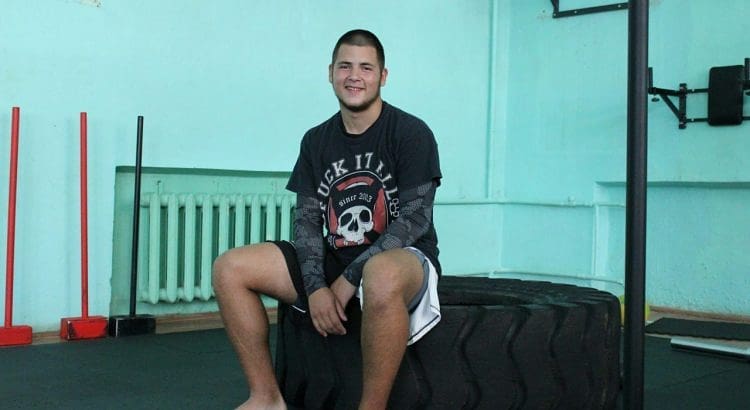 Andrey Kazimirov is an antifascist from Brest, Belarus, accused of participation in rioting against ”president” Lukashenka. He escaped to Russia, but was detained. The Moscow court decided to deport him to Belarus on the 29th of July, but the European Court of Human Rights has halted the deportation until the 15th of January 2022. Meanwhile, he is in remand prison and some mail could cheer him up:

The rest of our news, unfortunately, are not so good.

Anarchists from Chelyabinsk sentenced to prison 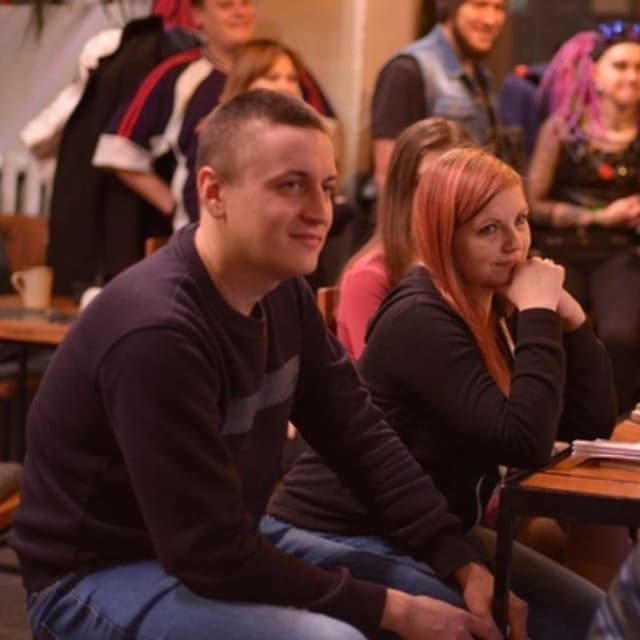 On the 10th of September Chelyabinsk Central area district court sentenced Anastasia Safonova and Dmitry Tsibukovski to 2 and 2.5 years in prison respectively, charged with ”hooliganism”. Their crime – they hung a banner with the text ”FSB is the main terrorist” in solidarity with anarchist prisoners of the Network case to the fence of the FSB office in Chelyabinsk in November 2018. They were remanded in April of 2020, and released in July of the same year to wait for the court. Tsibulkovski admitted that he had hung the banner under torture with electric shocks.

Currently both are waiting for the appeal court verdict in a remand prison, so you can send them mail to cheer them up: 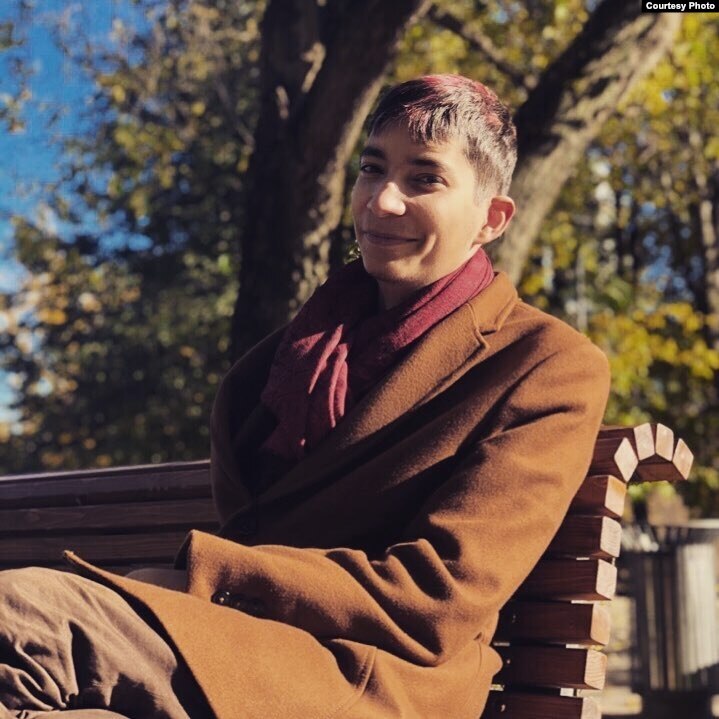 Pavel Krisevich is an actionist artist, who has been detained several times for his performances, all of which have been against repression and for political prisoners in Russia. His last action was a symbolic suicide performance in the Red Square with a gun loaded with blank cartridges on the 11th of June 2021. We do not support Krisevich because he has been part of the anarchist movement (he has not), but because he has prominently supported repressed anarchists, especially those in the Penza-St. Petersburg Network case. Currently Krisevich is being held in the infamous Butyrka prison in Moscow.

There is no video of the 11th of June action, but some footage is available in this (not sympathetic) video.

Videos of his previous actions against political repressions are available on the Russian actionism youtube channel 1, 2:

You can write to Krisevich here: 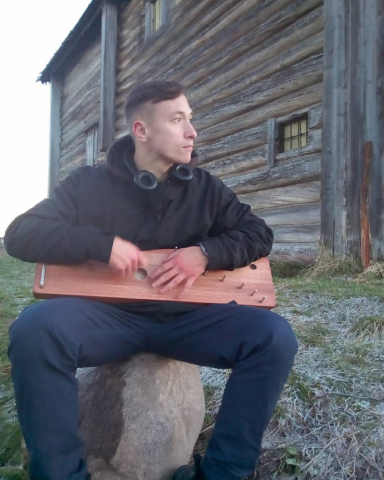 Anarchist from Vologda, Ruslam Gatamov is facing charges of throwing a molotov cocktail to wall of the office of the ruling United Russia-party in October 2019. Gatamov admitted he carried out the attack, but he does not admit to membership in the anarchist organisation ”Peoples' Selfdefence”, as claimed by prosecution. Before, Gatamov was charged with fighting police during the environmental protests in Shies of Arkhangel region, but the charges were dropped in court. The reported damage of the molotov attack are 653 rubles and 23 kopeeks, that is 7,60 euros (!), and no-one was hurt. Court against Gatamov continues on the 25th of October, and his charges carry a maximum sentence of 3 years in prison.
More about the case (in Russian).

Maria Alyokhina, who was imprisoned in 2012-2013 for Pussy Riot activities, has been sentenced to one year in prison as part of the so-called ”Sanitation case”. A number of Alexey Navalny supporters and other famous opposition activists were charged with breaching anti-covid security measures due to calls to join protests against imprisonement of Alexey Navalny 23th of January. Limited freedom is a special Russian sanction which is similar to some very strict probation conditions in the United States. Alyokhina will not be allowed to join any public events, her movements are regulated and most likely she will have to wear an electronic ankle tag for a year. 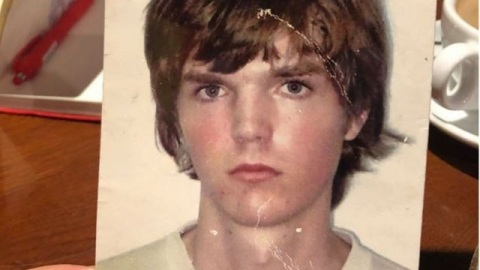 Grigoriy< Sinchenko was involved in guerilla activities against the Russian supported Donetsk Peoples Republic. He joined the underground resistance group in 2016, and was arrested for the first time in December of that year. He was heavily tortured by separatists, and almost died. In December 2017, he was released as part of a prisoner swap with 74 other prisoners of the separatist regime. However, he decided not to give up resistance, and went back to DNR to continue guerilla war against Russia and the separatists. For almost a year, Sinchenko managed to continue with diversion tactics, such as arsons and bomb attacks against the regime. The most well known action was the bomb attack against the base station of the mobile operator Fenix, controlled by separatists. After the bombing, a video was published with a claim condemning torture in the Donetsk republic.

As far as we know, Sinchenko has never been part of any anarchist groups or joined anarchist events, but as he sent a communique of his action to the anarchist website ”Anarchist fighter”, he is at least an anarchist sympatizer.

We believe Sinchenko is currently being held in the Donetsk remand prison, but it is unlikely that he is allowed to receive mail, as Donetsk separatists do not even officially admit that they have detained him. However, you can try to send some words of support, for the prison staff  to know that he is not forgotten. Post must be sent via Russia:

We are currently trying to investigate what else could be done to help Sinchenko.

After the kangaroo court of appeal left sentences of Filinkov and Boyarshinov without any changes, they have been sent to prison colonies to carry out their sentences.

Filinkov has had some tough times, as apparently the prison colony attempts to break his spirit. He arrived at his colony on the 11th of August, first spending 2 weeks under strict quarantine conditions and since then he has been sent to the hole for 7 times, spending only 3 days with the general population. Before this, he spent a grinding 45 days in the gruesome ”etap”, a prisoner transfer. He has not received any mail, and his mother, who travelled to meet Viktor from Kazakhstan, was sent back without a visit as her son was in the hole.

You can write some letters to cheer Viktor up:

Yuli Boyarshinov has also been sent to carry out his sentence in a prison colony in the Republic of Karelia, and you can write him here:

Anarchist mathematician Azat Miftakhov, has been sentenced to 6 years in prison for charges of breaking a window of ruling United Russia party during a demonstration for political prisoners. He has been transferred to the prison camp in the city of Omutninsk. The Omutninsk camp is a notorious ”red” prison, ruled not by prison guards but prisoner functionaries (”reds”, ”goats”). Beatings of prisoners have been common there. After quarantine Azat was sent to hard physical labour but he has been receiving mail.

Please send him letters of support:

If you have contacts in science department or mathematic associations, please pass this petition to them:

The website of the petition has more information about his case.

You can find the contact addresses of all prisoners in Russia supported by us here.
and instructions how to donate here

If you want to make a donation to a particular prisoner or case, please contact us beforehand to make sure that the supporters of the prisoner or case are currently gathering donations.