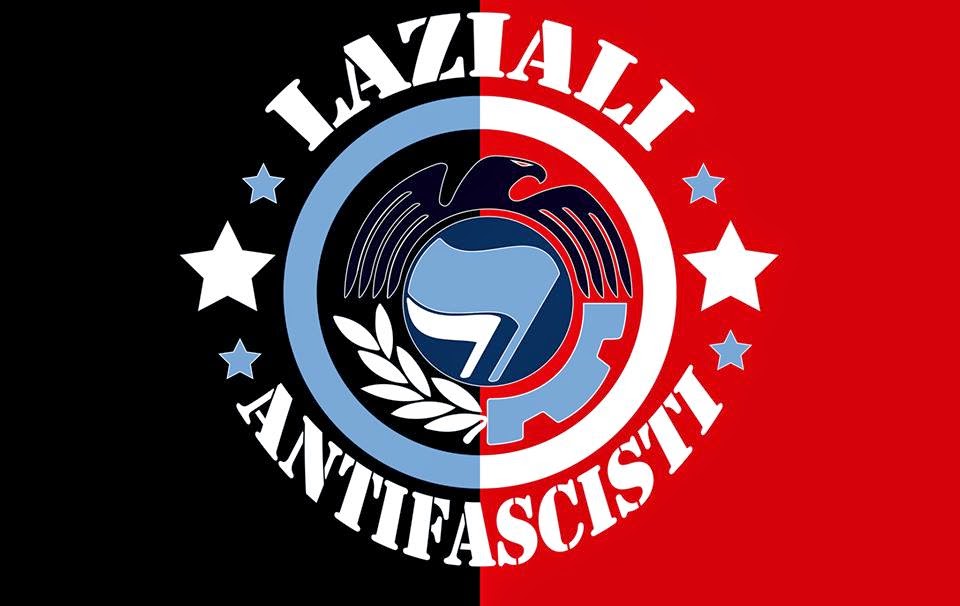 Many people think that the fans of Lazio is all fascist.This is not true. It 'a stereotype created by the parties of the extreme right to take their vows in the stadium.The phenomenon that began in 1987 with the advent of the IRRIDUCIBILI. Before them, the roar of the Lazio had always been mixed and / or apolitical. The history of S.S. Lazio has always been anti-fascist. S.S. Lazio was founded in 1900 as a sports club, to be able to practice the sport even the less affluent social classes, were chosen as team colors white and blue to symbolize the Olympic spirit, the use of sport as a means to peace, 'equality and fraternity among peoples.

In 1927, the Fascist regime wanted to unite all existing Roman teams in a unique team AS Roma , only Lazio opposed to regime that appealed to the title of Moral Authority which it was adorned for a few years before you have used your playing field to grow and feed the Roman people during the first World War. From 1900 to 1987 there were no organized fascists groups in the stadium. There were groups openly anarchists or communists: I Tupamaros, il Gruppo Rock, il Gruppo Erotika, Il Commando Aquila San Basilio-Talenti, gli Eagles Supporter. During the years 70-80 (in Italian called years of lead) the various fascist parties decided to enter in the curves by funding the creation of new groups to get votes by exploiting the faith of football fan.

Having a political organization, having more money and weapons and relying on the support of the Roman underworld and Camorra, these new groups took possession of the Curva Nord, the old group disbanded in protest.

For 20 years, the irreducibili use the curve for merchandising and to make "political" use Lazio to get rich, have created this stereotype thanks to the Roman press (in the majority support A.S. Roma) who is eager to point out the lazio fan as fascists discredit them before the public.

Our movement was born in opposition to all this, we want to make the world understand that Lazio fan does't mean fascist,that the values of Lazialità are different from those who say the irreducibili, that these worms use Lazio to make profit and to get votes .. .. are not real fans of Lazio.

Our movement wants to deconstruct this stereotype that annually feeds shaping many young minds who come to the stadium to support Lazio and end up homologate politically to organized fascists groups. We want to change things culturally, remove all the propaganda. arguments pass off as Lazialità.We want to defend our values.

In Rome there are thousands of anti-fascists Laziali, our goal is to unite and organize.Like in Italian Resistance we want try to unite people who have different politically ideas (communists, anarchists, socialists, liberals) for oppose fascism.Now we find to move like a partisans because the fascists have links with organized crime and weapons and can take advantage of an organization that we have not yet.

Our movement want reeducate to Lazialità, to make it clear to the new generations which are the original values that our founders had chosen.To form an organized group apolitical that has the power to oppose the infamous fascist threats, to liberate from this disgrace Lazio. For the moment in the stadium we are present in different sectors, we oppose the racist attitudes that are made by fascists.We are organizing to form a unique group which serves to make it clear that the stadium should never be left to the fascists and their racist propaganda!

Lazio Curva Nord has always been 'fascist' (in totality).

Of course not every person on the Curva Nord is fascist.

Some are left, some are right, some apolitical.

In total, as total unit, Curva Nord is fascist.

I'm sorry to disappoint you.