Helsinki without nazis – now and always! 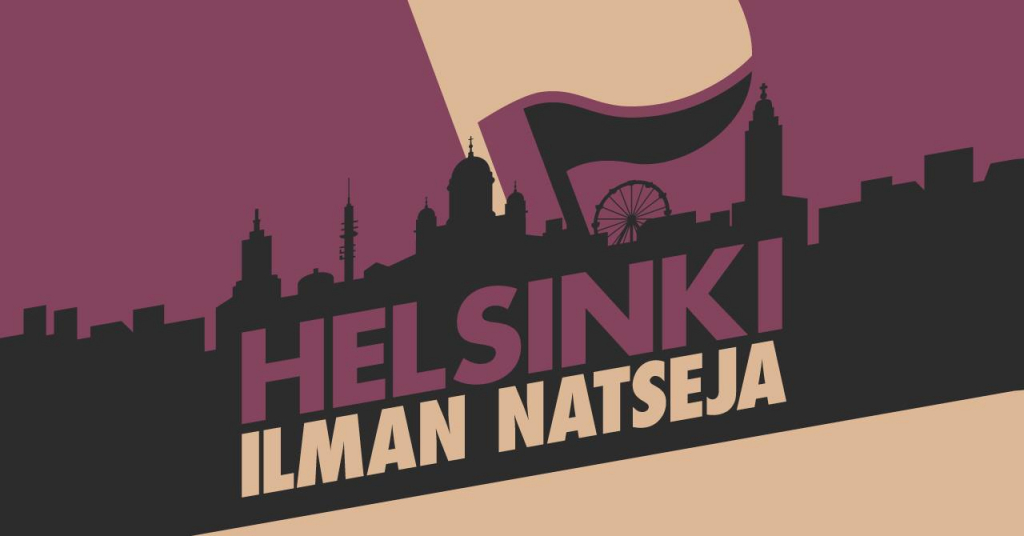 We invite everyone to join us in Helsinki on independence day 6.12.2019 to build a world where there's no room for the far-right.

Millions of people around the world have taken action over the year and joined young activists in the fight for our environment, demanded their civil rights, and risen up against fascism, authoritarian governments, and capitalism. Meanwhile far-right street activity in Finland has withered from the weekly demonstrations of a few years ago to tragicomic blustering by a handful of people.

The 612 torch march on independence day is their attempt at reviving their marginalized activities and upholding an annual tradition of demonstrations.

We don't want to give the far-right any feelings of success this year. We ask all the people striving for a society free from oppression and discrimination to take the streets of Helsinki with us.

Though the 612 march is disguised as moderately patriotic, their far-right organizers and participants are widely known by now. The now criminalized neo-Nazi organisation Nordic Resistance Movement took initiative in organizing the first march in 2014 and has attended the events with their insignia ever since. Other 612 organizers include members of Suomen Sisu and the Finns Party. Several known Finns Party members have participated in the marches along with chairman Jussi Halla-aho.

Despite slipping from right-wing populism to outright fascism, the Finns Party remains the most popular political party in Finland according to polls. Their members routinely attend far-right events, and antisemitic conspiracy theories are spread through their ranks all the way up to the leadership. Meanwhile politicians of the National Coalition Party have also mimicked far-right rhetoric about the so-called "great replacement". The fight against fascism can't be separated from the fight against climate change, and the most notorious climate change deniers in Finland can be found in the Finns Party as well.

The 612 marches are already decreasing in size, but we must show them in practice that the political winds have changed in both Finland and the rest of the world. We can take example from Kurdish resistance against the jihadists and Turkey's Nato army in Syria, where they are currently defending their feminist revolution. There have also been uprisings against fascism and authoritarian governments elsewhere in the Middle East, Latin America, Asia, Catalonia, and around the world over the past few months.

Grab your flags, banners, and bring your friends, family and coworkers along to show that the power of people fighting for an equal world is stronger than that of fascists in Finland as well!

We ask you not to bring political party symbols, national flags or authoritarian symbols to the demonstration.

The time, place, and route of the demonstration will be announced as soon as possible.
The event is organized by the Helsinki without nazis coalition.