How “Stability” Has Really Been Achieved in Russia 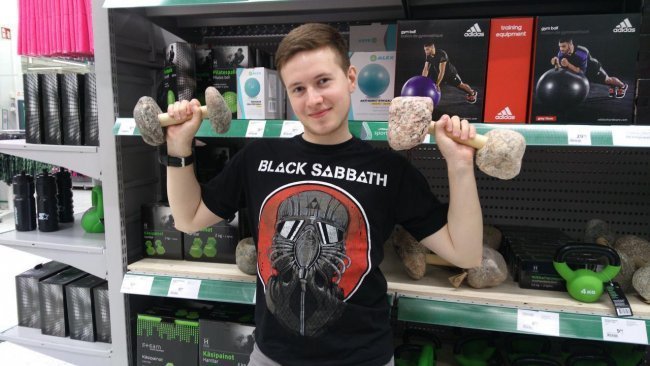 Antifascist Viktor Filinkov, arrested for alleged involvement in a terrorist network, has told members of the Public Monitoring Commission (PMC) he was tortured, according to the PMC’s report, which Mediazona has in its possession.

Filinkov explained he suffered the injuries on January 24 in the car in which he was put by FSB officers after he was detained at Pulkovo Airport in Petersburg. The activist was then taken to the local Interior Ministry headquarters, and from there to a hospital. Filinkov was then driven into woodlands and held in the car for five hours.

FSB officers were seated in the front of the car, according to Filinkov. The middle row of seats was occupied by a man wearing a mask, while Filinkov and another man wearing a mask sat in the back of the vehicle. The injuries were inflicted between seven and eight o’clock in the morning.

According to the PMC’s report, “The FSB officers demanded that Filinkov confess, and having obtained his consent, they forced him to memorize the particular wording [of his confession].”

The masked men said very little, while the FSB officers threatened Filinkov that if he subsequently reneged on the confession, the beating they had given him would be a “light version” of the beating he would get later.

Afterwards, Filinkov signed a statement, addressed to the local Interior Ministry headquarters and the local FSB headquarters, in which he informed them of all the things he had been prompted to say. The FSB officers then demanded he not deny the statement in court, threatening to place him in a pretrial detention center with tuberculosis patients.

The only things the masked men said were “Stop twitching!” and “What you shouting for?”

Filinkov was transferred to another car in the woodlands, a Lada Priora, and taken to the local Interior Ministry headquarters. According to Filinkov, the masked men seemed to know their way around the building, as if they had been there many times. They also discussed the fact they should keep their faces hidden because of the security cameras in the building.

The PMC’s report notes that the men wiped the blood off Filinkov’s face with his own hat and with snow, and traces of bood were left on the hat. The leftist activist was also told that if he behaved badly, the FSB would “get to” his wife “even in Kyiv.”

On January 24, Filinkov’s wife told OVD Info her husband had disappeared on his way to Petersburg’s Pulkovo Airport. The antifascist was scheduled to fly to Kyiv at eight o’clock in the evening on January 23. The last time they communicated that day was three o’clock in the afternoon, when Filinkov texted his wife that he was headed to the airport and would text her again after he arrived there.

On January 25, it transpired that the Dzerzhinsky District Court in Petersburg had remanded Filinkov to police custody for two months on suspicion of involvement in a terrorist network (per Article 205.4 Part 2 of the Russian Criminal Code). According to police investigators, Filinikov and unidentified persons who “supported the anarchist ideology” were branch members of a terrorist network whose purpose was to engage in terrorist activities, propaganda, and justification of terrorism.

Today, the wife of another Petersburg antifascist, Igor Shishkin, reported he was missing. Shishkin went missing after his home was searched and he was taken away by law enforcement officers.

Translated by the Russian Reader
Call for help for arrested activists