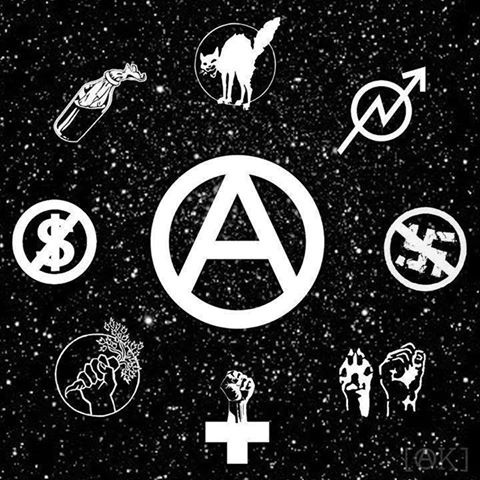 In the following post you will read an articale about situation with nazism in Bulgaria, which was written by collective "Anarcho-resistance" from Sofia.
Looking back, now in one of bulgarian prisons there is an australian antifascist Jock Palfreeman, who was charged with 20 years prison for self-defence. The hearing on his case was delayed from 21 of October to 11 of November. On this week we recieved a letter form Jock, he wrote, that it's important to to keep pressure on Bulgarian authorities in 3 months after the trial (21th of October), because
decision will be posted 2-3 months after. We call everyone to support Jock Palfreeman. Write to him and send protest letter to bulgarian authorities.

There were nazi structures in Bulgaria from long time ago .Already during the communist time especially during the dictatorship of Todor Givkov in 1989 when about 200-300 thousands of Turkish citizens living on the territory of Bulgaria were forced to leave and the rest had to change their names in order to be able to stay.
Right after the end of the last socialist government a lot of extreme right-wing parties appeared and joined the political scene as an opposition. They have different ideologies and political aims. In terms of publicity some of them have openly right wing extremist members and some are trying to hide their nazi backgrounds. For example the party VMRO founded as a Front for Liberation of Macedonia are nowadays working with neonazis and some of their members are well-known fascists. Still they define themselves as patriots or nationalists
In the 90s there was another uprising of nazi structures . Another party was founded called BNRP (Bulgarian radical nationalist party )which was more orientated towards the skinhead scene. In this time lot of racist attacks on gypsies, turks and emigrants , many racist graffities on the streets appeared. Right- wing hooligan groups were having fights with punks almost everyday .So for us it became almost normal to meet them on the streets and to have friends beaten up. The majority of this nazi skinheads eventually joined the organized mafia and were not so active in the subculture anymore but still have contacts in the nazi scene.
From 2005 though there was another uprising of neo-nazi structures connected with the election of the party ATAKA in the government. It was very surprising for a lot of people that they got 8% of voices on the elections because actually in the society there was a quite negative and almost hysterical reaction towards them. On the TV was a lot of critiques against them f.e. about their fascist background. What made them popular though was that there were against the influence of US and NATO and against the construction of NATO military bases in Bulgaria. At this time part of ATAKA were also Bulgarian National Unitiy , which after separated and formed another party. At this moment ATAKA is the party which is closest to the ruling right-wing party GERB and is accepted in the society as completely legitimate. This are the mainstream groups and parties but is far not the end.
Another big part of the nazi structures are formed from groups and organised gangs that there is less publicity about but that you most often have to deal with on the streets. Blood and Honour, BNS, BNRP, NS(National Resistance )are just some we know about . Blood and Honour more or less consists of older nazi-skinheads from the 90s and some new young ones. Most strong in the town Plovdiv which is like the Meka of nazi structures. There are also a lot of different hooligan football gangs like South Division that are mostly active in street fights (f.e.like 14 January 2009). BNRP are mostly old nazis who write nazi propagandistic books , hoping for their coming renaissance.
Not long after their first appearance the non governmentally organized BNS and his leader Rasate founded second group – NS whose ideology is complete adaptation of the German autonomous nationalists. They wear black clothes on demonstrations (14 January 2009), use leftist paroles (Be free, be social , be national) and have more subcultural outlook or just casual look of a student. They created Alter Media as their independent media in the web and the capital is full of their stencils and stickers. They say they are patriots and not nazis that they are against the government and against capitalism. Recently some members of NS started to get more independence from the leadership of BNS and organized their own demonstrations. Generally there is a lot of decentralization in the right wing scene: a lot of conflicts in-between their leaders, differences in political ideology and strategies.
We think that the political situation in Bulgaria is getting similar to that in Italy, as far as most of the right-wing parties like ATAKA and VMRO are included in the government. They have their seats in the Parliament and have influence in a lot of governmental institutions. We know for some contacts between some politicians and some nazi groups involved in street fights and attacks on left activists and people from the minority groups, Some young active nazis often infiltrate in the students movement and even in smaller political groups.
The Bulgarian society is generally prevailed from anticommunist and nationalist ideology which makes it very easy for any nazi structures to be accepted and even be encouraged. The left party (BSP) is not far different than the right wing as far as many of them have nationalist ,orthodox and anti-islamist ideology too. So the ones that still dare to rise awareness and fight on the streets are less. Mostly anarchists and radical leftist who soon or later become known and are chased threaten and beaten up.

More About the riots on 14 January and the participation of neo-nazis: