Shooting vermin, or "why I did it." Suicide letter invalid, officials shot 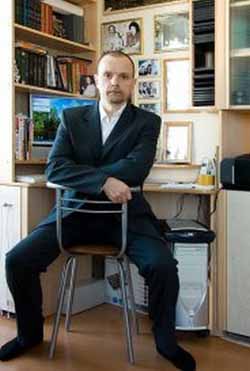 We publish excerpts from the suicide letter Sergei Rudakov - disabled, staged a shot in Nizhnetagilsk social insurance fund. The letter was made public on the site www.ura.ru . We leave these passages without comment, and so everything is clear ... "I am sending you this letter in hopes that you will not give silence or distort my actions. I want to thanks to them has changed for the better for the disabled and elderly people, wards, offices parasites (...) Until 1995, I worked in the extreme north of the association "Yakutalmaz (now Alrosa).Injured on their jobs in 1991. Received disability payments from the company until 2000. Payment is gradually decreasing, not corresponding 60% disability. When I asked about the reasons in the management businesses are always told that all are doing strictly in accordance with the law. Since 2000, the payment was transferred to the Social Insurance Fund of the city of Yakutsk. Officials reduced the fund paid 4 times! (...). Today's pensions MPs themselves (for only one term) and other fraudsters power disproportionately large compared to that get ordinary people, spent a lifetime in the workplace.Depriving other benefits, the benefits for themselves cranking the maximum. By showing this, it is not concealing his contempt and disregard for people. In response to my inquiries and phone calls to FSS Yakutsk (I already by that time lived in the Urals) answered monosyllabic excuses and excuses - "everything according to law." The company responded to the request that all necessary documents sent to the FSS and what the problem is not understood.Having counted on the scheme and indices in the law, got a result similar to what is counted in the FSS. Nothing to do but take it for truth. Looking at how the state mocks their dependents (elderly and disabled), took this as another "gift" of the authorities. Only in 2008, accidentally found a man, explaining that I was in sandals shod, as the last .... It turned out that the law, except the general scheme of calculation, there is little distortion, which allows local authorities to install any other rates not less than those in the general scheme.Analogy with small inscription on the goods, to hide unwanted information. FSS officials cut payments to all, counting only on the basic scheme (...). These actions FSS qualify as "fraud, abuse of official position to steal. FSS N-Tagil on my application for restoration of benefits at the same level refused. In 2008, filed a lawsuit in the Leninsky district court of the H-Tagil. Judged the cause of Judge Zaitseva I. The trial lasted almost two years, despite the fact that all possible documents were provided immediately.At all meetings of the judge Zaitseva IN ably ignored my arguments about illegal activities FSS Yakutsk in 2000, bringing all conversation to a lack of documentation (in 2000, where it was possible to obtain any document, the Foundation of the SS was not interested in (...). I think without the guidance FSS, in particular Skulkina, this solicitation is not managed. I'm on such proposals simply left the court without becoming await sentencing. I sentence was imposed by the Fund SS in 2000.Verdict on Zaitseva "I got in the mail. It Zaitseva, apparently sensing a threat from me, "from the light" added to the payment of any penny. I think that for me would be enough handouts. I thought that I would be on their scenario slowly curl into disease and poverty, as does the majority of the disabled and elderly. Judge Zaitseva freed me from the last illusions. If everything around it, including judges - crooks and act in close cooperation, continue to seek justice no sense (...). Following elementary logic, that among these thieves to break up, should be even more cunning and ruthless.Consequently, the higher the official, the more he is a scoundrel. Accordingly, "rulyat" washed-up country scoundrels. Spending time at the highest bureaucratic authority is meaningless. Upstairs rob the country, and minor officials climbed into a pocket of people directly (...). Country (what was left of it) has become a haven for swindlers of all stripes, traders and motherfuckers. Multiplied rogues plundering the helpless elderly and veterans, only a weak reflection of the current government.She hands her officials makes it incomparably better. Over the last ten years I have, thanks to the officials, is such as they are. Now I do not care about the lives of those who sit in offices and live at another's expense. I will try to destroy as many creatures from the SS Fund. I have nothing to lose (...). I hope that I will be able to shoot vermin in N-Tagil Branch of the Fund SS (quite lived at my expense). Then at least one generation of officials in this office, remembering the fate of the predecessors, will not spoil people's lives. It's a pity that there is no possibility to punish the FSS Yakutsk.Since actions by officials which began "happy" end of my life. Rudakov SV. Source: http://www.polit.ru/news/2010/08/27/pismo.popup.html