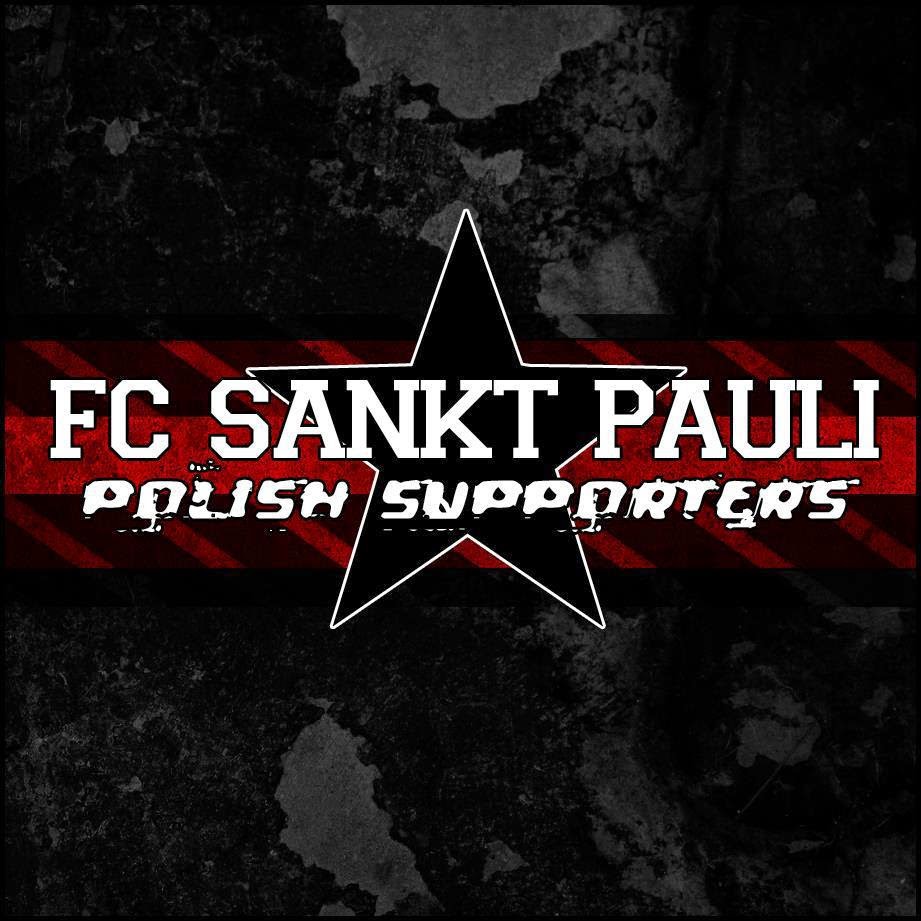 We are John Marten's Crew – the only official Sankt Pauli fanclub in Poland. Name of Our Crew, derived from John Kuna who was a Polish pirate. John Kuna is a a the hero of the novel written by Janusz Meissner.

We officially started in autumn 2011 when “founding mothers and fathers” met in Torun to discuss how we should organize and run the fanclub. Members of our fanclub live all over the Poland but the most active centres are in Torun and Poznan. As far as members are concerns, there are over 40 official members so far throughout Poland. Obviously we oppose all racial, prejudiced, sexist, neofascist and totalitarian behaviours. Being an overt fan of St. Pauli we sometimes face aggressive reactions from right-wing boneheads who think they can implement their ideas in reality. There is no compromise on this and as a fanclub we do our best to make it clear in every area we act. As a fanclub,we organize match trips and tickets, fans meetings, we distribute fan and club merch, and promote the ideas standing behind the supporters of the club. John Marten'c Crew organizing support for good causes (this years we put St. Pauli tshirt with the signatures of all the players which was presented to us by the club on charity auction.

We have been several times in Hamburg. Hamburg is an amazing city! Every time absorb the atmosphere! Always met marvelous people here and getting to know new places in Hamburg. Whenever we get to the St. Pauli district, quickly passes fatigue after 10 hours of driving. Expedition to the game is always a big challenge to bring together within 15-20 people is always a pretty good job! Every day in Hamburg It's a nice opportunity to talk with other supporters, exchange ideas, get new perpspectives and join our actions. We love the atmosphere of Hamburg because everywhere can feel positive emotions, here resound strangers to each other and talk as if they knew each other for years! Everyone in our group believe that Hamburg is the most beautiful place in the world. That's the magic Sankt Pauli.

We meet in homes and watch in the tv.When they are not on tv ,we watching them from the internet. Definitely we prefer watch matches in Hamburg on live We have 3 clusters of members in Torun, Lodz and Poznan so a greater range of meeting is not a problem. Unfortunately, in the bars in Poland, rarely let go match St. Pauli.

Fully clubs Antifa not exist. People with Antify form small groups over time for the club. But unfortunately, in Poland it is very dangerous. We have too many fascists. Most people in Poland do not know what it Antifa, but they want to fight her.

It's terrible but every year we have more and more people who manifest a keen interest in fascism and Nazism. People are looking in the wrong places alternatives to what is bad in our sick country.

Having a logo Antifa or St. Pauli on clothing ends up in most cases beaten. We are not afraid and we are trying to fight. But you have to speak loudly about the fact that the Poles do not learn from mistakes.