Talks on wet issues: "Trends of order and chaos", episode 71 (11th of September) 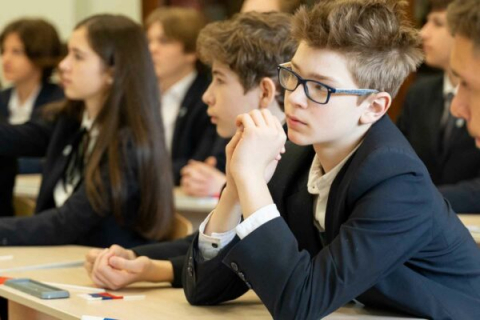 Hello everyone! It is sunday 11th of September, and a new episode of our podcast "Trends of order and chaos". This is the 71th episode, and here are the main topics of the past week.

Listen in SoundCloud (in Russian)

1. Rise the flags, do not ask for money

hool year has begun. Buying smart clothes for school, stationery, briefcases, and the like is, by all accounts, a huge burden on the average Russian's budget. People have been waiting for the government to make payments to families with children in August, just like in the Covid times.

But now there's not enough money for the tanks, so instead of helping families, the first lesson in public schools all over the country (private schools are not affected by this yet) was a patriotic subject called Conversations About Important Things. Its contents are still unknown. When the media started discussing the fact that on September 12 children would be told about the so-called special operation in Ukraine, the Ministry of Education replaced the teaching materials: the new Ukrainian war is no longer taught at school on September 12.

The epic headache for schools is the raising of the flag and the singing of the anthem, which must take place on Monday morning, before Talking about Important Things. The average number of students in Russian schools is up to a thousand. It is impossible to get everyone lined up at the lineup. So the children are separated into classes, and handpicked group of students raise the flag in the schoolyard. The flag raising is supposed to be broadcast in every schoolroom, but schools do not have video equipment for this purpose. So the anthem is played on classroom projectors. Those who are late by 8 a.m. on Monday will have to wait by the locked school gate until the anthem is played.

When Russian national anthem, "Russia, our sacred nation..." is played, what do you imagine? I imagine young anarchists in Penza being tortured by electric shocks to make them confess to "illegally learning how to survive in the woods". I can picture Alexandra Skochilenko sitting in a Petersburg pre-trial detention center right now for some tiny pieces of paper with anti-war slogans on them that she put in a grocery store instead of the price tags. She is in jail without getting the food she needs for her health. And now there's a crazy new case of Ural anti-fascists, with a lot of detentions and pressure because of some firecrackers. And then there are thousands of other horrors and injustices.

For example, ten anarchists were recently tried in Belarus; they got from 5 to 17 years on insane charges. Alexander Frantskevich got 17 years ("Autonomous Action" had its disagreements with him, but of course, our disagreements do not play much role in context of these events). Frantskevich was extradited to the Lukashenko regime by the post-Maidan Ukrainian authorities.

I am sure that the anarchists, who right now are fighting under the yellow and blue flag against the Russian Federation, understand what is the correct attitude to this flag and anthem.

This past week, former Kommersant journalist Ivan Safronov received a monstrous 22-year prison sentence for alleged state treason. He specialized in the military-industrial complex. The military did not like his article about the sale of Russian warplanes to Egypt. It is enough to know about Safronov's case that, according to the investigation, the German intelligence service received Safronov's information from an agent with the call sign Wichser. Great, that sounds a little bit like Rammstein... Only Wichser is translated as wanker.

Also, former Izvestia journalist Alexandra Bayazitova is being held in a pre-trial detention facility, despite her diabetes and undermined health. She snacked with "Promsvyazbank", before the arrest she led telegram channel "Infernal Babki", which is actually part of the network of channels of the "chef Putin" and the owner of the Wagner mercenary company, Evgeny Prigozhin.

Recently law enforcers detained (they let him go without charges - evidently, under editorial pressure) Lev Speransky, a journalist of Moskovsky Komsomolets. They tried to find out from him who administers VchK-OGPU, which is a good telegraph channel on crime, I recommend it. There, for example, were exclusive details of the investigation against the "Militant Organization of Anarcho-Communists”.

In Tatarstan, there is a criminal case against several journalists for collaborating with Radio Liberty. There were mass searches and interrogations of regional journalists this week - security forces thought that some of them might be connected to Ilya Ponomarev, a fugitive State Duma deputy who in Ukraine declares organizing armed resistance to the Kremlin.

Many journalists are in pre-trial detention for so-called fakes about the army. For their cooperation with online papers Project and The Insider, which have been declared undesirable organizations, they face criminal liability.

What will the pressure against the media lead to? Journalists don't get paid that much - especially not to risk prison for their publications. Many will leave the profession; those who stay will avoid tough topics.

It was Alexei Navalny who came up with the idea of using anti-corruption investigations for the anti-systemic struggle in Russian politics. But investigative journalism is actually necessary for the authorities - as an outside controlling entity that identifies the crazy officials and law enforcement officers who steal and create mayhem more than they are supposed to. Journalism is like a bird that takes pieces of meat out of a crocodile's mouth, thus brushing its teeth.

Without journalism, there will be more and more corruption and lawlessness.

In the last issue we started discussing possible scenarios for the future, a comrade raised a question - how should we treat the Ukrainian troops when and if they reach Pskov or Moscow? I am sure they will not go beyond the borders of Ukraine of 1991. Although, Ukraine will help the armed resistance inside Russia. Just like Iran finances the Palestinian resistance and Israel finances the intra-Iranian opposition.

But if the Russian army is thrown out of the territories seized on February 24, or even Crimea, Donetsk and Luhansk, it will be a huge crisis for Putin's system. It would raise the question of the ingenious planning of the "special operation," which has taken a gigantic number of young men's lives and turned the country's economy upside down.

Already, one of Petersburg's municipal area councils has demanded that Putin be tried for treason. The posts of Dmitry Shkrebts, father of one of the victims of the Moskva cruiser, are becoming more and more popular. He asks the logical question: why does Putin express condolences to the British royal family - in fact, Britain supplies arms to Ukraine and imposes sanctions - but has not yet expressed condolences to the families of the Russian military dead?

There is a popular prediction that if Putin's system collapses, Russia will disintegrate according to the scenario of the USSR. Former quasi-president Dmitri Medvedev recently posted a telegraph post about this scenario.

But it is not clear to me why Russia should disintegrate. I have a feeling that self-declared analysts have a look at the map, see the names Udmurtia, Khakassia and others, and think -these will soon be new nation states. But they just don't bother to google, that Russians account for more than 80% in Khakassia and over 50% in Udmurtia. Generally speaking, in the overwhelming majority of Russian regions more than half of the population is Russian. Some national regions may secede, but these are likely to be isolated cases.

A much more interesting question is the distribution of revenues between the regions and Moscow. It was recently raised by Anatoly Bykov, a popular businessman and public figure in Krasnoyarsk. He was quickly reminded that in the 90-s he was known in Krasnoyarsk as "Byk" or "Celentano", and there are many unsolved especially grave felonies associated to him. Bykov was quickly shipped to a pre-trial detention.

Similar events in Khabarovsk took place around Governor Sergei Furgal. He, of course, made his capital out of the criminal schemes of the 90s. His election and the protests against his arrest is an attempt by the people of the region to show their independence from Moscow. Some sort of strange front between Moscow and Ekaterinburg is also gaining momentum - we will get to it some other time.

But I am sure that the problem of authorities between Moscow and the regions can be solved without bloody disintegration of the country. As anarchists we think that the main decisions should be made locally - by the people who will be affected by them.

That's all for today!  Recall that in Trends of Order and Chaos, members of Autonomous Action give anarchist assessments of current events. Listen to us on Youtube, SoundCloud and other platforms, visit our website avtonom.org, subscribe to our e-mail newsletter in Russian!

Issue #71 was prepared by Listyev

Currently, Autonomous Action is working for the recovery of libertarian and anarchist movement in Russia, after a long period of stagnation and repressions and we need your help to improve our site. Join our campaign to raise money on Firefund, you only have 2 days left to do that!