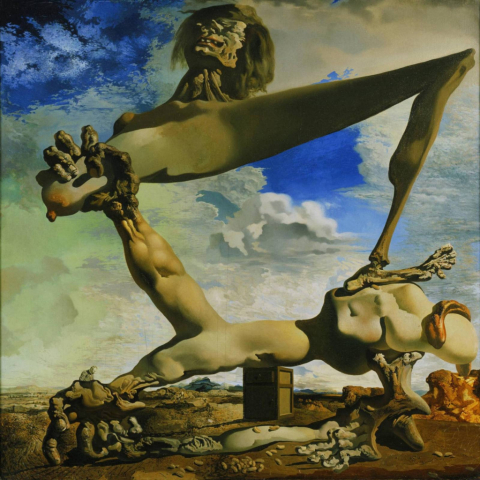 Hi everyone! Today is Sunday, August 28 and we continue our podcast “Trends of order and chaos”. This is episode 69. Here are the main topics on past weeks’ agenda.

The war rages for half a year now

This week marked half a year of “special operation”, or rather of the official stage of war against Ukraine, when Russian government openly entered its army on Ukrainian territory, without hiding behind its “little green men”.

Ukrainian side reports of more than 13 thousand human losses but in reality, this number could be higher, as the partial occupation of its land and military operations impede counting. According to UN sources, among those killed, 5587 are confirmed and recognized civilians (7890 wounded). As the war continues and all sides report different numbers on military losses, for now, it’s impossible to find out the actual number. There are missing persons both among soldiers and noncombatants. It is worth remembering that when we say soldiers, this includes not only regular troops but also volunteers, some of which would prefer to have never touched a gun but were forced to do so for the sake of protection from fascism that Russian occupation carries along.

The resistance Russian army met from Ukrainians was a big surprise for Putin. Like any other dictator, he’s used to the idea that power resolves all issues, while people are some “little men”, that should only bow and serve the master. They don’t have neither dignity, nor will, nor desire for freedom.

The dictator who went nuts is particularly fuming against those who don’t want to obey him in Ukraine and in Russia. Russian authorities lie constantly by claiming that all casualties are the fault of “Ukrainian Nazis”, at the same time banning not only any criticism to Russian army’s actions, but also any mentioning of the word “war”, although, how else would you call what is happening. As they say, Kafka and Orwell are scratching their heads, on the other side, and argue that their wrings weren’t meant to be used as instructions.

Currently there’s a lot of discussion and resentment and discussion on the Russian-speaking internet over the fact that its users are subjected to the principle of collective responsibility, on the basis of their nationality or passport. They also discuss problems of those who left to countries, where they can’t open bank accounts or rent houses. But when you try to tell them that many people with, let’s say…non-European appearance, let alone migrants, live that way (and this undoubtedly is unjust), you are met with absolute lack of understanding, and even outrage, instead of empathy towards those who found themselves in similar position. Now, all prejudice against people based on their appearance, nationality, origin country etc. is evil that anarchists are fully aware of and fight against, but for some this problem seemed like something that would have never touch them. Well, a lot of things that seemed impossible have already happened.

Usually, the rulers promise people to bring them to happiness and prosperity. Putin’s propaganda once was built on stability (as it turned out, that meant a stable crisis), but as propaganda was becoming more militarized, the more calls to endure, or even die, begun to appear “We as martyrs will go to heaven, but they (the West) will just die” – Putin. “Russians, like no other, know how to suffer” – Shoigu.

Of course neither Putin, nor his circle, including the ideologists of Russian fascism, were addressing to themselves those calls for sacrifice and suffering.

The death of Daria Platonova (Dugina) occurred at the end of past week, but on this week it was the most discussed topic, overgrowing with new versions. Obviously, it’s difficult to believe FSB’s official version. Despite the fact that Daria Platonova was a committed fascist, active follower and propagator of her father’s ideas, the impression that the killing was a result of internal squabbles and that the main target was Dugin, set in fast. For it to be a Ukrainian diversion, both figures are unimportant and in no way their deaths could affect military operations.

If we talk specifically about Daria Platonova not in her father’s words - about altar and sacrifice, (I mean, in mythological consciousness of people of the world they sacrifice precisely innocent girl) - but from a feminist standpoint, then she is not the first servant of patriarchy – the one that should personify the right woman in patriarchy, who sits home, looks at the floor, gives birth and cooks borsch - even though, she herself did none of that. She is also not the first servant of patriarchy that rejects women’s rights and femicides - yet, died of a femicide herself. Yes, this case could be considered a political femicide, no matter how disgusting her beliefs were. What is worth to be sorry for is that a young active woman gave her life to the service of patriarchal ideas.

Well, so far, the only thing Russian authorities succeed in is to bring death and suffering. And that suffering is, in fact, the national idea they’ve been indoctrinating people in, all those years. Undoubtedly, all this sounds cultish, but on the other hand, if you look at anything Russian authorities do, from sectarianism point of view, it starts to make sense. Once again, this story tells us that the state and power are not concepts, created to benefit the people, but to inflict suffering. At the same time, they try to convince us that suffering itself is the main virtue.

The episode 69 was prepared by Nina T.

Currently, we work on the recovery of libertarian and anarchist movement in Russia, after a long period of stagnation and repressions and we need your help to improve our site. Join our campaign to raise money on Firefund!