Breaking Bad with the FSB 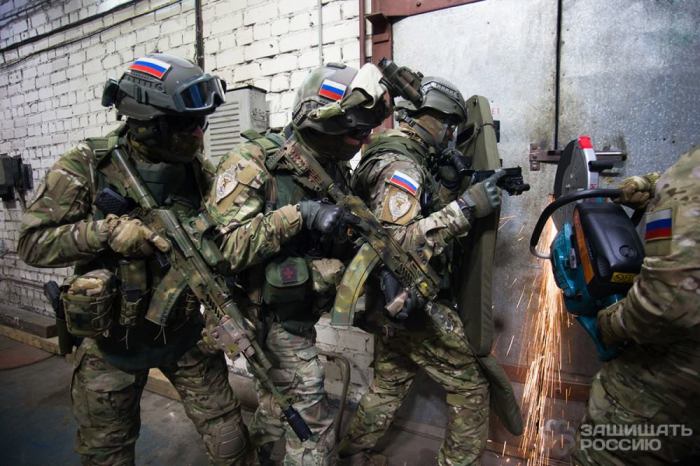 A second anarchist from the mythical organization Network (Set) has been remanded to police custody at the request of counterintelligence. Viktor Filinkov and Igor Shiskin are suspected of planning an armed insurrection to seize power

The purge of the anarchist movement in Petersburg is due to no more and no less than alleged plans to violently overthrow Vladimir Putin. This is the background the FSB has invoked as it has arrested the young men. They are accused of involvement in a terrorist association about which the courts, the Justice Ministry, and the National Anti-Terrorist Committee have never heard.

Anarchist Igor Shishkin was sent to the pretrial detention center on Shpalernaya Street in Petersburg on the evening of January 27. He was detained two days earlier by FSB officers, taken to their regional headquarters on Liteiny Prospect, and interrogated for nearly twenty-four hours, except for short breaks. His interrogators focused on Shishkin’s involvement in the anarchist movement and alleged plans for violent acts whose objective was overthrowing the current government via an armed insurrection.

As someone suspected of involvement in a terrorist network (Criminal Code Article 205.4 Part 2), the 26-year-old Shishkin was detained only this morning. After Petersburg’s Dzerzhinsky District made its ruling, he joined Viktor Filinkov, a 23-year-old programmer and Kazakhstani national, who had been remanded to police custody a day earlier, in the pretrial detention center.

According to police investigators, Shiskin, Filinkov, and unidentified persons who espoused the anarchist ideology were involved, allegedly, in the so-called Field of Mars (aka Mars) branch of the terrorist organization Network no later than August 2016. Their purpose was to plan crimes and engage in terrorist activists that the Criminal Code defines quite clearly: the violent seizure of power and armed insurrection.

There is no mention of Network (Set) on the web, unless, of course, you do not count the eponymous organization set up by the pro-Kremlin youth organization Nashi. You will also not be able to find Network in official documents. The Unified Federal List of Terrorist Organizations, as established by court rulings, contains twenty-seven organizations, including foreign and international organizations, but you will not find Network on the list, a list that is published, in particular, on the websites of the FSB and the National Anti-Terrorist Committee.

Fontanka.ru has learned that the Petersburg anarchists were detained due to possible links with the failed albeit highly publicized “revolution of November 5, 2017,” as promised by Vyacheslav Maltsev, leader of the banned movement Artillery Barrage (Artpodgotovka).

Residents of Russian cities were urged to engage in mass protests. Most of the oppositionists were detained preventively two days before the event. The day passed peacefully in Petersburg, except for the comic arrest of a pacifist in a car chockablock with weapons, and a small gathering near the Smolny, Petersburg city hall. Five people were given jail time for not complying with lawful orders of the police: they refused to show police officers the contents of their bags.

Maltsev himself lives abroad, where he has been granted political asylum, but a wave of detentions has rolled across Russian cities. Among others, the Petersburg native Arman Sagynbayev was arrested in Penza. According to the human rights website OVD Info, Sagynbayev has also been charged with involvement in a terrorist organization. He has, allegedly, made a full confession.

According to our information, FSB officers asked Shiskin and Filinkov whether they knew Sagynbayev. Attorney Igor Mangilev, who has been representing Shishkin, corroborated that a transcript of Sagynbayev’s interrogation was included in the case file used at his client’s remand hearing.  According to other sources, Filinkov and his wife Alexandra, who is currently located in Ukraine, met Sagynbayev around a year ago, in  early 2017.

Criminal charges were filed against Filinkov and Shishkin on January 24, 2018. The case file contains testimony from a large number of witnesses, many of whom are classified.

The media have reported that the FSB managed to chat with another supporter of leftist views [sic], Igor Kapustin. Apparently, he was also interrogated and then released. He has told the press about the threats made by investigators.

Documented proof that the FSB used prohibited methods to pressure a suspect or witness in the case is available only with regard to Filinkov. He was detained on the evening of January 23 at Pulkovo Airport, and was identified formally as a suspect in the case around midnight on January 24. For over a day, he was in the hands of the FSB without any outside oversight. Yesterday, January 26, Filinkov was visited in the pretrial detention center by members of the Public Monitoring Commission, who filed a report substantianting numerous recent injuries to Filinkov’s body, including burns on his thigh and chest, produced by a electric cattle prod.  Filinkov confirmed in writing that he had been subjected to violence, and that FSB officers had demanded he memorize his testimony and the names of people whom he, allegedly, knew. Attorney Viktor Cherkasov confirmed to Fontanka.ru that his client was forced to confess his involvement with the Field of Mars branch of the terrorist organization Network.

Filinkov and Shiskin have been remanded to police custody until March 23, 2018. In all likelihood, theirs will not be the last names on the list of Petersburg “Networkers.” According to our sources, the FSB has possession of electronic media [sic] that Filinkov tossed in trash containers before heading to Pulkovo Airport.

NB. Although Fontanka.ru has long been Petersburg’s most popular news website (or, at least, it has long claimed to be), the foreign reader should bear in mind that its founders, publishers, and editors have backgrounds in military intelligence and the Soviet and Russian police’s criminal investigative divisions. While this has no doubt come in handy over the years and permitted the website’s reporters to do what the name of its founding organization (AZhUR or Investigative Reporting Agency) suggests, there are other times when it is not clear whether Fontanka.ru believes the mallarkey which Russia’s so-called siloviki are capable of spinning from whole cloth or whether it is mocking their incompetence. In this article, Fontanka.ru seems to want to have its cake and eat it, too. They seem to suggest that the FSB has invented a nonexistent terrorist network from scratch while at the same hinting that the FSB has plenty of evidence the young men so far arrested in the case were actually involved in this nonexistent organization. Even a local reader with average intelligence and a healthy amount of skepticism would find this story and how it is reported by Fontanka.ru perplexing, to say the least. TRR