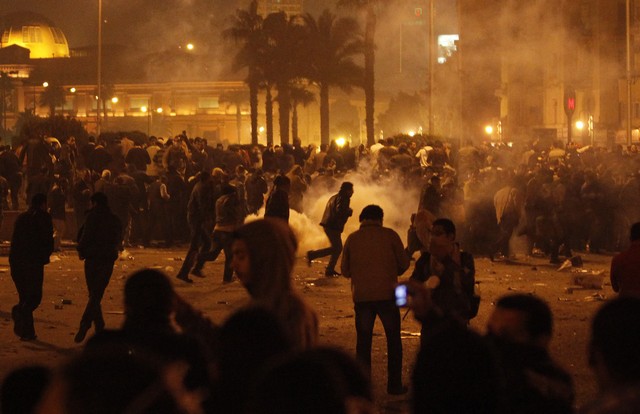 Egyptian police used tear gas to disperse the demonstration, members of which demanded the resignation of President Hosni Mubarak and for fundamental reforms in the country, reported Agence France-Presse.

Despite the presence of 20,000 police officers armed with batons, water cannons and other special funds, tens of thousands of demonstrators gathered in the central Tahrir Square under national flags and anti-government slogans.

After the tear gas demonstrators were dispersed, but soon regrouped, re-entered the area.Moreover, they managed to capture one of the police trucks. People throw stones at the parliament, as well as police tried to disperse the protesters.

Along with the Cairo riots started in other cities of Egypt. Participants of the rallies say the protests of their success has inspired a revolution in Tunisia, where people managed to get rid of President Zine el-Abidine Ben Ali, who built a corrupt authoritarian regime.

Previously, Egyptians have made several demonstrative self-immolation in protest against unemployment, corruption and high prices for food and basic consumer goods.

Given that Egypt is formally a democratic country, led by Hosni Mubarak of its nearly 30 years.Local and foreign observers believe that the 82-year-old president is preparing to hand over power to his son Gamal.