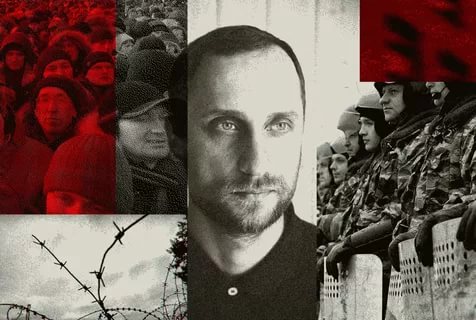 Main news today - anti-fascists Alexei Gaskarova and Maxim Solopova left custody, and Lyesha two months, and Max somehow "indefinitely". Incidentally, for the guys vouched Deputy Oleg Shein gosudumy - that they do not run away and all that, but the court chose to obey Khimki Khimki police. The meeting was somehow made private, so long as no details.

But the network appeared interesting documents. As I reported, the police claims that the children have directly "in flagrante delicto" to "eyewitnesses", when in fact they were detained a day, and no witnesses earlier in the case file was not there.In a courtroom lawyer Mikhail Trepashkin said that "false entries in the court documents - is a crime, official forgery, then cops tried to silence him. "Head 2 sections 4 of the Investigation of GUS in the police department of the Moscow region Yermilov NO demanded in the courthouse that I signed to secrecy of data of the preliminary investigation, that is to not talk to media representatives and other persons interested in the fate of detainees that in the present fabrication of materials. "The lawyer then went out of the "process", his detailed analysis of the situation can be read here - http://community.livejournal.com/himki_protest/6459.html

Now I will tell you directly about the events in the woods - there yesterday, the police again massively violated the law. At 12 pm the activists agreed to meet at Starbeevskom field - near the site of the next cut.From the station there was a bus, where all the talk about the situation with the administration, but I did not understand the position of city dwellers - many aunts, first matyugali city authorities, which has finally put into place, and after just two minutes with the same words discussed the proper set themselves - say, come some "from Moscow", "we're ourselves to deal without them". At the appointed time on the field gathered 50 people, half of them - local residents, such as aunts, but conscious (and without matyugov).Frankly, "field" - it says loudly, in fact, there a small meadow strip between the road and the forest, 60 meters wide. And here on this strip, a few meters from the road are to communicate with people, watching it 15 policemen, had climbed out of the parked next to "goats".

Sergei Udaltsov of the Left Front, said that the head movement to protect forests Khimki Evgeny Chirikov not come - she was being watched, she seriously feared for his life, so "is still in a safe place." The head of the Yabloko party, Sergei Mitrokhin, handed angry interview.Frankly, the activists did not understand what they do - though very much like. Note to readers - if they had more they would obviously feel more confident. And so - all waiting for something.

Policemen got tired of waiting first. Just a few lads in blue shirts ran up to the Mitrokhin, silently twisted his arm and dragged him to the "goat". Others have tried twisted Udaltsova, but activists surrounded him as human shields ... and then on the highway ran through a huge armored bus riot. I admired as much as this screeched to Mahina braked and out poured OMON - only thing missing was the Imperial March and Hymn of the Ultramarines.Well, after a few seconds it was all over - in the fight against riot police at Khimki aunts had a chance. In the paddy wagon and dragged Udaltsova, and several other activists. And a huge moose wearing a beret while trying to wrest the camera from a fragile girl, but she managed to dodge and run off.

To a place of detention drove a big black SUV with tinted windows and much as two blue flashing lights (numbers - USAID 251). With nothing better to do poboshel to a paddy wagon and began insolently to copy numbers.Riot policemen ran up, told me that I was tired of living and that I am now finding myself inside. And left. I do not know why my numbers paddy wagon, but let them also be preserved for history - TO962.

Later came the usual yellow shuttle bus - it just threw a couple of activists hands behind his legs. One elderly woman began to cry - said, "from weakness", "anything with these bastards do not do."

Deputy Chief of Police in charge of detention led Public Security (SSP) Khimki Colonel Vladimir Artushkin - he told me that the activists staged an unauthorized rally.At a moment: no one chanted, there were no slogans, posters, megaphones - people were standing in the field and talked. Thus, Lt. Artushkin, sorry, broke the law. Crudely and cynically.

Later, this violation of the law the court upheld Khimki - the one where the condemned Alexis and Max. The detainees were kept there all day, as a colleague told me there, "journalists are not allowed - they say, no place. At the same time all the seats occupied by cops."Mitrokhin and Udaltsova found guilty of disobeying a police officer and organizing an unauthorized rally in support of Khimki forest Starbeevskom field and was sentenced to a fine of 500 rubles, the others will be tried later. The court found the testimony of activists "biased" and two policemen - "impartial witness. When this court relied on a police videotape, where there is no moment of detention Mitrokhin. Video activists court refused to consider.

All this may seem trivial - Detention, 500 rubles, some politicians ... but it is actually very revealing.people who resent a "violation of law, themselves, these laws do not comply. courts agree with them. and as a result they do not understand on what kind of response run up.

after the events of the administration, I read the indignant account of various opposition politicians, who strongly condemned the action - saying that we should have only a legal protest, nonviolence, negotiation, mahatmagandi ... a couple of days I saw them at the same Triumph - radostyo smiling, they came out there seem to work.adorned with a couple of minutes before the cameras, and them being led away by riot policemen. oh yeah, a great achievement ..

useless to play by the rules with people who do not follow the rules. These people are invited to pieces, and then without warning, begin to play "in Chapaeva", and you can not meet the same - because you are a must to play checkers. Khimki Khimki police and journalists at the court violated the law. but for it will never be punished - in fact they are watching the observance of the law. Who will guard the guards? neither God nor king, nor the law.Nobody, except us. ...

Okay, back to the forest. Left without the "leaders" activists are not lost. That is, confused, of course, but then somehow organized themselves and went into the woods, evading the police cordon. Les, I tell you, very beautiful - there and oaks, and the birds, and even small myshy with a strip on the back (uiiiiiiiiiiii !!!). Another was the ants, one bit me viciously. First activist almost lost. but then went to cutting. Behind them relentlessly followed the two men in civilian clothes, grimly smiling. They cheerfully waved and offered a drink of water.By the end of the road to come help them - six men in shorts, all very raskachennye and too dark. Topalli for us, and behind them in the distance stomped several policemen.

On cutting down wanted to cry, that's true. Prdstavte beautiful mountain ash grove, over which, dryly cawing crows fly slowly. but it drove like tanks - a broad band of a broken tree trunks and branches, still quite green. Underfoot burst of large clusters of orange berries - they do not blush, they do not air shall eat blackbirds funny ..

Very soon, we met with old friends okolofutbolnikami-okolonatsistami.Activists have been hot, all cooked a couple of miles through the forest, no one wanted to fight - and make sense, frankly, was not. So began some lazy conversations. Once again, the head of "security guards" said that "all understanding", "Forest sorry," but "to feed his family." Activists reasonably objected - healthy swung his forehead could find another job, but he just likes to sit in the woods, do nothing and receive Salvage. Personally, I was ashamed Yegor national beliefs that Thor's hammer on his chest somehow does not fit in with everything going on."I do not know what to answer you" - said sadly Yegor national beliefs. ( http://s47.radikal.ru/i118/1007/5c/f6c25229d3b0.jpg - here it is in the photo)

Later akivistam out some major Shkuratov, who said that "all decided at the very top, so do not need all this, there's nothing to change that." After some wrangling lazy environmentalists gone. And so it ended another day legal fight.

Getting out of the woods, I sat in a minibus in Moscow ... and survived the episode live from the film "Star" - the one where the protagonist comes to a strange car and hear it on radto warnings from friends.The driver of a minibus turned on Ekho Moskvy (in the minibus, I will not "Chanson", not "Humor FM," not "Radio Villa" and "Echo" - is only in Khimki's possible!), Which has broadcast the news about that Received came militia withdraws photos and wants to interrogate the reporter who wrote about Khimki. It was awfully fun to feel like a hero movie) But when I returned to the editor, the police had already left. Such cases.

I still rounded, but the story goes on and on it we are.Read http://twitter.com/himki_protest and http://community.livejournal.com/himki_protest there already is lined with many interesting things that I did not have time to write.

And above all - read tomorrow's site, there will be a very, very interesting material on the topic.