Our comrade Alexey has passed away 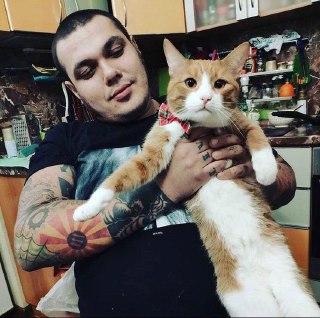 On the morning of September 1st, 34-year-old anarchist Alexey ”Socrates” Sutuga died, due to severe head injuries, in the intensive care unit of the Sklifosovsky Institute. For more than a week, doctors fought for his life, but the injuries were too serious.

Alexey died after a fight near a grocery store on August 23 near the Baumanskaya metro station in the center of Moscow. The circumstances surrounding the incident remain unclear. Four people, who apparently took part in the beating of Alexey, have been detained. In the criminal case, the Sutuga family is represented by a famous lawyer, and we hope that thanks to her, we will find out all the details of that night. So far, there is no reason to believe that there was any political motivation behind the attack.

Alexey Sutuga took part in creating Autonomous Action since the early 2000s. At first in the local group in Irkutsk, and later in Moscow, where he was also an active member. He took part in many different anarchist initiatives. It is impossible to list all of them here.

Anti-fascism was always one of his main priorities. He was jailed twice after fights with Nazis who went snitching to the police when they were on the loosing side. Last time they literally told their friends in uniform that they were attacked by "the same terrible Socrates whose photos are on the Internet."

Alexey was involved in various creative projects: he was the frontman of the Oi! -Punk group Working Boys, took part in the performances of Teatr.doc theatre, and last May his prison memoir ”Dialogues about prison” was published in Russian.

In the last years of his life, Alexei lived in Moscow, working in construction, repair and as a scaffolder. Anti-fascism remained important to him: he hosted the Antifa Jokes telegram channel and was still occasionally fighting the ultra-right in the streets.

Alexey also participated in the publication of the Avtonom magazine, in organizing the journal's lecture series, and also joined anarchist street actions.

Donate to mother of Alexey for funeral costs:  https://www.paypal.me/sutugaolga

Another eulogy written by Vlad Tupikin and translated by Russian reader.