Repression of Anti-Fascists in the Urals: Arrests and Torture 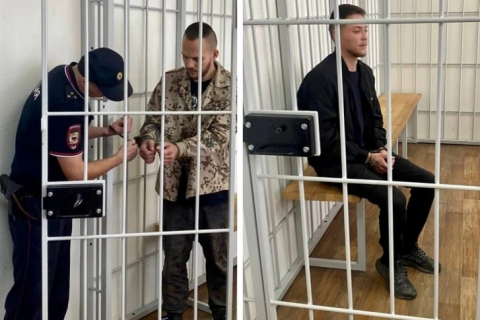 On August 30-31 in Tyumen, Yekaterinburg and Surgut, six antifascists were detained and later placed in pre-trial detention centers. This is reported by the Prometheus telegram channel:

"On August 30, two anti-fascists were detained in Tyumen. According to investigators, they were carrying an explosive, which they allegedly wanted to test near the Tyumen Thermal Power Plant. On 2 September they were charged with fabrication of weapons and detained until the end of October.

On 31 August in Yekaterinburg, at about 10 or 11 p.m., Yury Neznamov was detained in his rented apartment, accompanied by Grom special forces. According to unverified information, an object, which looked like an IED, was found in the apartment. Yury was taken to Tyumen.

At the same time, Daniil Chertykov was detained in Yekaterinburg. His house was searched, after which 15,000 rubles in cash were taken from the house. Daniil is also taken to Tyumen. Around the same time, Surgut residents Nikita Oleynik and Roman "Ryzhy" were detained, 200,000 rubles in cash, which he had kept in a gun safe, were taken from Nikita's home.

On 1 September all the detainees were taken to Malygina Street 54, Tyumen (Department of the Federal Service for Drug Control). On the same day, Nikita Oleynik managed to inform his girlfriend that he was there, he was charged with 205 part 4 (creation of a terrorist organization), and asked his uncle to contact a lawyer.

On September 3, a man from the detention center got in touch and explained that Yury Neznamov was in the same cell block as him. He said that as soon as Daniel entered the cell (apparently after the interrogation), he began to say that he and all the persons listed above wanted to blow something up. Such behavior caused mistrust and questions from fellow inmates.

On September 4, I managed to get in touch with Yury himself. He managed to say that under torture (electricity, water) he signed papers that he did not have time to read. He asked to make the fact of torture public, to attract human rights activists and public attention.

It is also possible to send messages via the FSIN letter web service.