Yevgeny Karakashev is sentenced to 6 years in prison 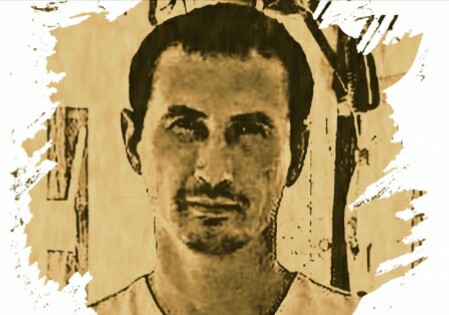 On April 19, the North Caucasian District Military Court in Rostov-on-Don convicted an anarchist from Evpatoria Yevgeny Karakashev in the case of Calls for Committing of Terrorist Activity in the Russian social network "Vkontakte".

The court sentenced him to 6 years in a penal colony. He also has a 2-years ban for management of web-sites. Yevgeny Karakashev calmly reacted to the verdict. The Russian prosecutor's office requested for Karakashev 9 years in a penal colony. His Lawyer Alexey Ladin requested him to declare Yevgeny not guilty. After the verdict, the lawyer stated that he will appeal against the decision of the Military Court.

Earlier, the Court in Rostov-on-Don closed the criminal case against Karakashev on charges of incitement of hatred towards a social group (part 1 of article 282 of the Russian Criminal Code) for posts in VKontakte.

On April 12, Karakashev stated his innocence and persecution against him he qualified as political. The activist said that he participated in the protection of the salt lake near Evpatoria, where local authorities allowed the construction.

“Everyone knows that the construction and destruction of a salt lake with therapeutic mud was supervised by the mayor of Evpatoria, Andrei Filonov - at the moment two criminal cases are initiated against him, in particular, about land fraud, illegal transfer [of this territory] to another land fund.” - said the accused.

He also noted that he had noticed signs of hacking on his pages on social networks before arrest.

“My mailbox was hacked, the attached phone number was changed in it and I could not resume access to it. Strange posts appeared on my pages in social networks, I deleted them, some of my posts disappeared.

Some users received messages from me with obscene abuse and calls for violence, I repeatedly changed passwords” - the activist explained.

On February 1, 2018, Yevgeny Karakashev was arrested by police in Evpatoria. Journalist Alyona Savchuk wrote on Facebook that on the day of his arrest Karakashev house was searched. “They made it harshly: the men in civil broke in, did not introduce themselves, immediately laid him on the floor, twisted him, put handcuffs behind the back. Yevgeny says that he stayed in handcuffs up to the holding cell. On the right side of forehead he has a huge abrasion. Only in the evening Karakashev was able to call a friend and asked to find a lawyer” - reports Savchuk - “Investigator Abushaev stated that he does not remember how long Karakashev was in handcuffs - 5 minutes or 3 hours, and that Karakashev "was offered" to go to the police department and that he voluntarily agreed".

According to the investigation, Karakashev published a video from one of his pages in VKontakte at the end of 2014, which allegedly calls for terrorism. In addition, according to the acts, in January 2017, he posted a text from another account in a chat for 35 people, which contains signs of “propaganda of the ideology of violence” and “calls for terrorist activities”. It is not specified what exactly Karakashev published, however, the document says that the experts investigated “teletext, starting with the words ‘use a grenade against’ and ending with the words ‘in the windows of the authorities, good luck’”.

It seems that, the reason for initiating a criminal case was the video “The Last Interview of Primorsky Partisans”, published in the social network VKontakte, in which the partisans explain the motives of their actions. This video is recognized in Russia as extremist, since it “arouses hatred towards a certain social group”.

[The Primorsky Partisans were a group of people who waged a guerrilla war against the Russian police, who have long been accused of corruption, and brutality]

According to lawyer Alexey Ladin, Yevgeny Karakashev himself believes that the initiation of a criminal case against him and the subsequent arrest are related to his activist work: the man spoke out against construction at resort area near Evpatoria in the vicinity of a salt lake. Yevgeny is an anarchist and anti-fascist. Karakashev always held an active civil position, participated in a picketing near the FSB [russian secret service] building in the city of Simferopol, and in November 2016, together with like-minded people, planned to hold a picketing "against police brutality in the Crimea" near the building of the MIA [police] of Yevpatoria. This action was banned by the local authorities of Evpatoria. After this incident, Yevgeny was getting calls by officers of the so-called law enforcement agencies and invited to talk to give explanations, Yevgeny refused to testify anything.

Signs of political motivation for persecution

It is very likely that the criminal case against Yevgeny Karakashev was initiated in the context of his oppositional social and political activities as a repeated participant in protest actions in the Crimea. In the context of the persecution of left-wing activists and anti-fascists that began in January 2018, the Karakashev case seems likely to be politically motivated.

Thus, the circumstances of the prosecution give reason to think that the imprisonment of Yevgeny Karakashev was applied to terminate his public activities, also incarceration was used in violation of Yevgeny’s rights and freedoms and was based on falsifying evidence in the absence of the event of an alleged crime.

We collect money for lawyer work on appeal and support Yevgeny in prison. 9Transfer money on Paypal - abc-msk@riseup.net – please mention "for Yevgeny Karakashev"