We are searching for a couch in Australia: "Trends of order and chaos", episode 68 (August 21) 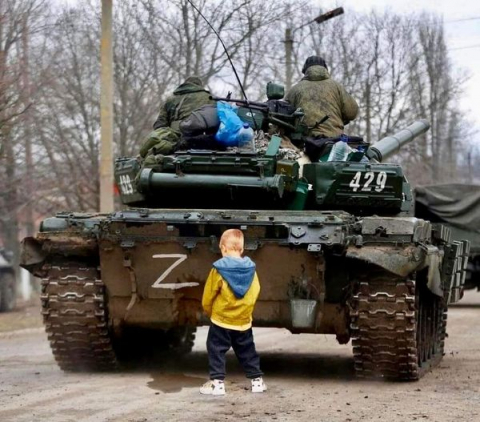 Hi everyone! Today is Sunday, August 21 and we continue our podcast “Trends of order and chaos”. This is the episode 68. What interested us in the past week?

Scientists from Rutgers University (New Jersey) simulated the consequences of nuclear war between Russia and USA. According to their calculations, 350 million people is guaranteed to die, and then 5 billion will die from hunger due to the destruction of 90% planet’s agriculture. We have already discussed the necessity of total ban on nuclear weapons – as a factor of survival and humanity’s ability for collective action. What else can we add? Scientists estimate that even the grimmest scenario guaranties that Australia and New Zealand will survive.

Six years ago, one Russian-speaking man ordered from us the journal “Avtonom”. We sent the journal but embarrassingly lost the address. Namely, our collective doesn’t have a couch in Australia. But it’s ok: we currently are selling out journal “Avtonom” (the publishing of which was terminated due to the war). We announce discounts to orders from Australia and New Zealand.

To those Moscow residents in need of free food (they indeed exist!) you can help right now. In our telegram channel we published the ways you can help Moscow’s “FOOD NOT BOMBS”.

“Bangs” are turning into applause

There are no significant changes at the front. Russian army set as an immediate goal to advance to the administrative borders of Donetsk region, Ukrainians – the de-occupation of Kherson. Neither has happened yet, troops continue destroying each other, while shelling and drone attacks make the surrounding regions less livable.

Not only the regions of south-east Ukraine. Russian Belgorod, Kursk, Briansk oblasts are subjected to daily attacks. Kremlin didn’t care for the residents of those regions in the firsts place, but now Crimea is added to that list -  until recently a sacred place for Putin’s regime. As the attacks are daily, I’ve seen already the joke about how “bangs” (that’s how Russian media shamefully calls the explosions) are turning into applause.

If the shelling and drone attacks are subjects of air-defense’s work, then the prevention of sabotages is MVD and FSB’s field of activity. In the past years, the fighters against extremism were dealing with jailing Jehovah witnesses, protesters that were throwing plastic cups to OMON officers and detecting posts about Mikhail Zhlobitsky. 80% of those “crimes” can be solved without moving from a chair, in front of a notebook. Therefore, many arsonists of military recruitment offices and saboteurs often go unpunished.

But not always: Anarchist black cross made a list of people imprisoned for anti-war position. Among them there are many people who set fires on administration buildings. Obviously the list is not complete: it has only the names of those whose jail addresses are known.

In any case, you should be careful and think thoroughly what and why you are doing.

In the passing week begun the trial of our comrade and street artist from Khabarovsk Maxim “Xadad” Smolnikov – for an old post about Zhlobitsky. A search was conducted at the house of Andrey Poliakov in Kaluga: allegedly also for an old post about Zhlobitsky.  Meanwhile, convicted for the “Network” case Victor Filinkov successfully succeeds in challenging penalties of prison’s administration. By the way, the upcoming week is the week of united actions in solidarity with anarchist-prisoners. Respective events will be held 27 August at “Tolko Sami”.

Shall we protest for ads?

In autumn, we are waiting for an interesting development in the amendments to the law on advertisement, that can lead to mass protests. The state came up with the idea of “a single advertising operator”. The draft law was approved in the first reading and in its current form it kills the services “HeadHunter”, “Avito”, “YouDo” and others, because each ad on search/offer of a job, the sale of a baby stroller etc. needs to be agreed with the state. This will affect millions. Maybe they will remove this nonsense from the final version of the law, but the Russian government knows how to choose the worst version out of all the bad.

A bit of travel blogging

In the passing week, the city Kirmy of Tver oblast was without water supply due to an accident on the system. Water was distributed in the streets on schedule, people were buying out mineral water at any price. They were cooking soups and flushing the toilet with it.

This story made us turn on Ilya Varlamov mode: the summer is over, it’s time to exchange impressions from our trips.

The author of this episode of “Trends” was in Kirmy this summer, before the collapse of the water supply system. There you can find the most amazing views of Volga, the old architecture was preserved, it has its own history. They could have done a great tourist cluster. In practice, dead roads, boarded up windows, a clear sense of human civilization dying out, surrounded by moldy late USSR. A normal picture for Kirmy: right in the city center, on the waterfront, there are four-story houses, half rotten and collapsed – while, in those still standing live people, even with plastic windows.

Yet, the whole city is covered with the letter Z. One morning I was waiting with a group of grandmas for a groceries shop to open. What they were discussing? That Ivan Urgant is a traitor to the motherland.

Ok, Tver oblast is depressive in general, kind of failed to integrate to post-soviet capitalism, region’s economy is destroyed. Meanwhile, Tula oblast is topping all ratings. I’ve been there recently as well. There are many cafes, shops, business is working. The city center and tourist services are on a good European level. As local color they promote pryaniki, samovars, the pistol “Tulskiy Tokarev”, and Lev Tolstoy. Tula’s authorities of course don’t see a contradiction when posters with the letter Z on the streets exist side by side with a quote from Tolstoy…

But if you slightly step out of the center and enter the courtyards – decaying houses, trolleybuses and buses, if not of late USSR, then from “Mad Max” or “Kin-dza-dza”.

The big problem here is that Russians still have limited understanding of the fact that each day of the war pushes further back the improvement of conditions in places like Kirmy -  and they can be counted at least in hundreds all over the country - well and normal courtyards and buses, for instance, for Tula.

The more Ukrainian land occupies Russia, the slower our problems will be solved. Trillions of rubles will be flown out on the reconstruction of Ukrainian cities, that could be used on raising the living standards domestically.

But recently, we came across numbers indicating that more than a third of Russians are planning their lives based on horoscopes, while a similar number thinks that the Sun is rotating around the Earth. Apparently, this magnificent social stratum corresponds with the audience of Russian TV.

Therefore, to bring Russia to an adequate state is a mammoth task.

This is where we - the “Autonomous Action” - are also doing our due contribution. Currently, we work on the recovery of libertarian and anarchist movement in Russia, after a long period of stagnation and repressions and we need your help to improve our site. Join our campaign to raise money on Firefund!

That was it for today! A reminder that in “Trends of order and chaos” members of “Autonomous Action” provide an anarchist assessments of current events. You can listen us on YouTube, SoundCloud, and other platforms, visit out site avtonom.org, subscribe to our email newsletter!